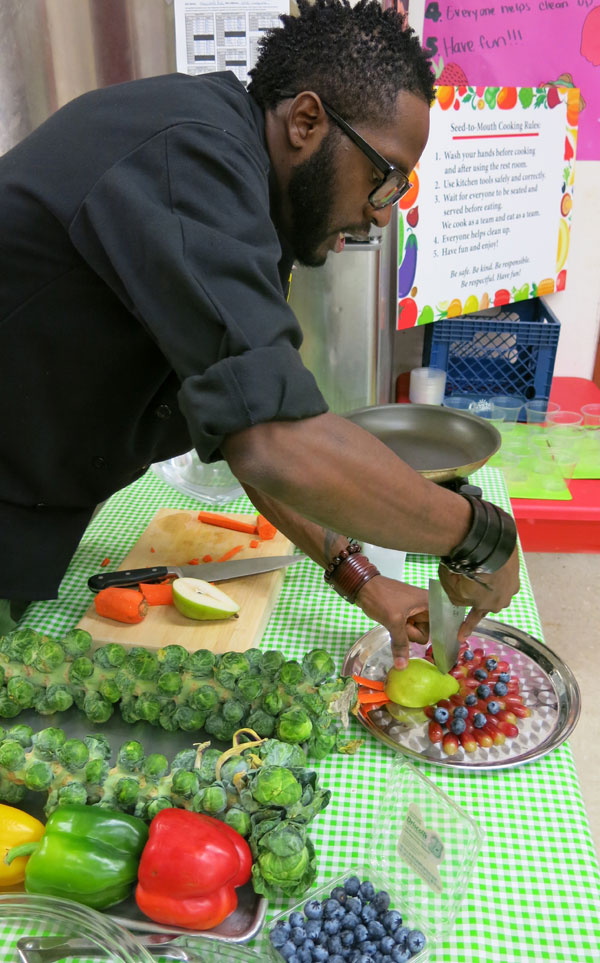 Hayward Rec Connect and the Buchanan YMCA kids were abuzz on Monday, November 16, 2015 with excitement to cook with Chef Chauncy Yarngo. Chauncy Yarngo is from the Kpella tribe in Liberia who came to America at a younger age and has become a professional chef in the United States. Chef Chauncy currently works part time at Facebook Headquarters and full-time with the 2nd largest catering company on the West Coast, Best Beverage Catering. He will be taping a reality show called Bringing It to the Table on the Food Network soon. He has cooked for some famous people, including President Obama, Steph Curry, Danny Glover and Janet Jackson, to name a few.
On this day though, it was all about the kids! He started out by preparing a plate with grapes and pears in the shape of a turkey for Thanksgiving and passed it out to the youth to enjoy. Then he prepared a delicious Brussel Sprout stir-fry that everyone gobbled up. He started by showing how the Brussel Sprouts grow on a stem and how to harvest them. 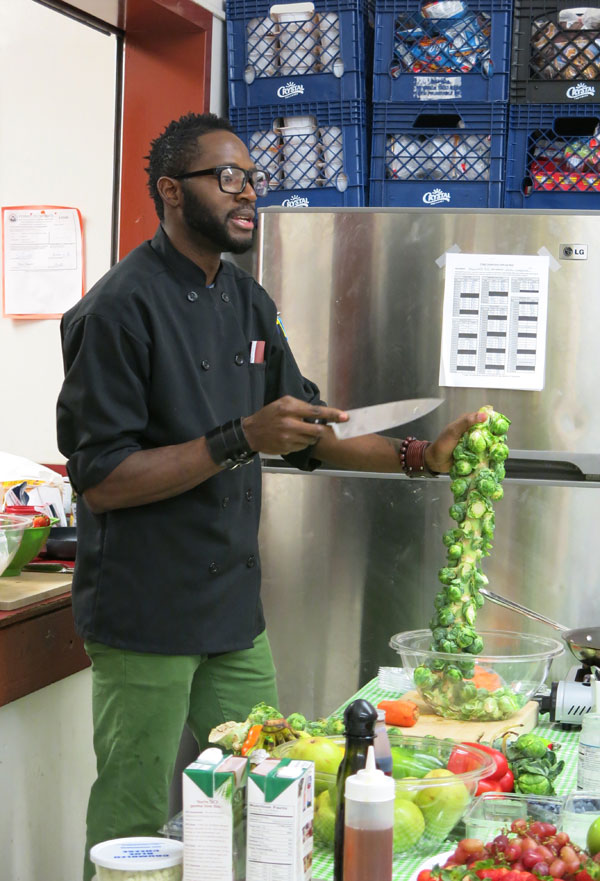 Then he halved the Brussel Sprouts and stir-fried them with coconut oil, salt and blue cheese crumbles, topping them off with a sauce of balsamic vinegar and honey and macadamia nuts. Such a delicious and nutritious treat! 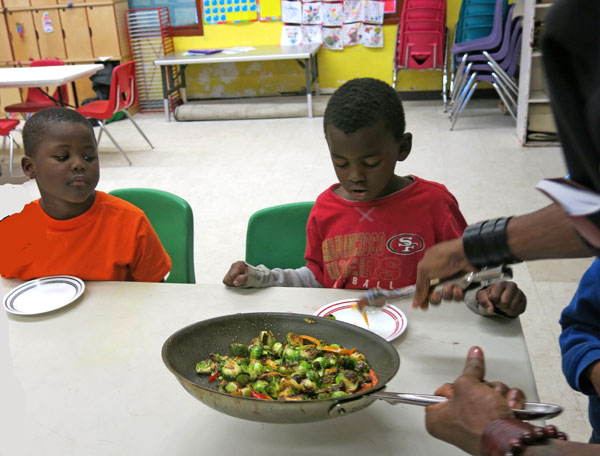 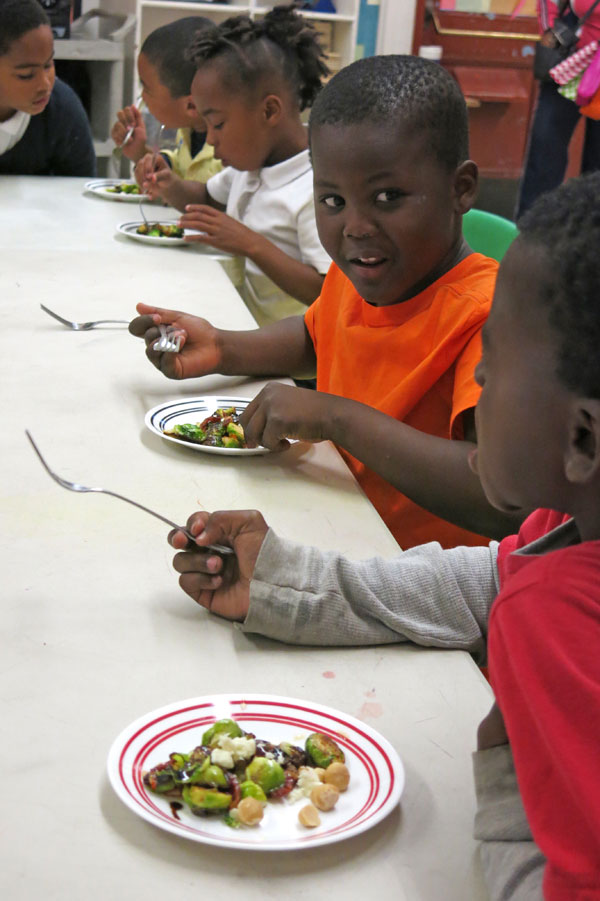 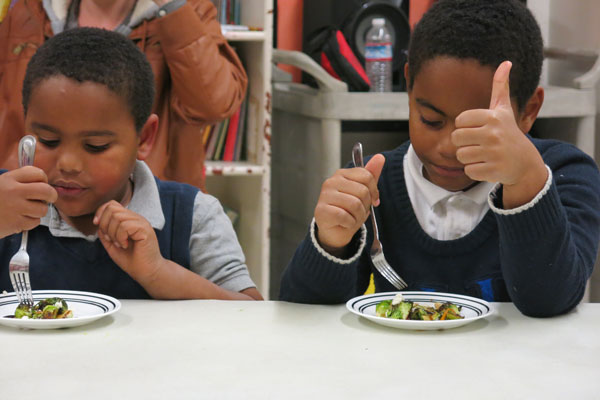 Later in the hour everyone got to enjoy a non-sweetened smoothy made with apples, strawberries, coconut milk and bananas. Thumbs up all around! 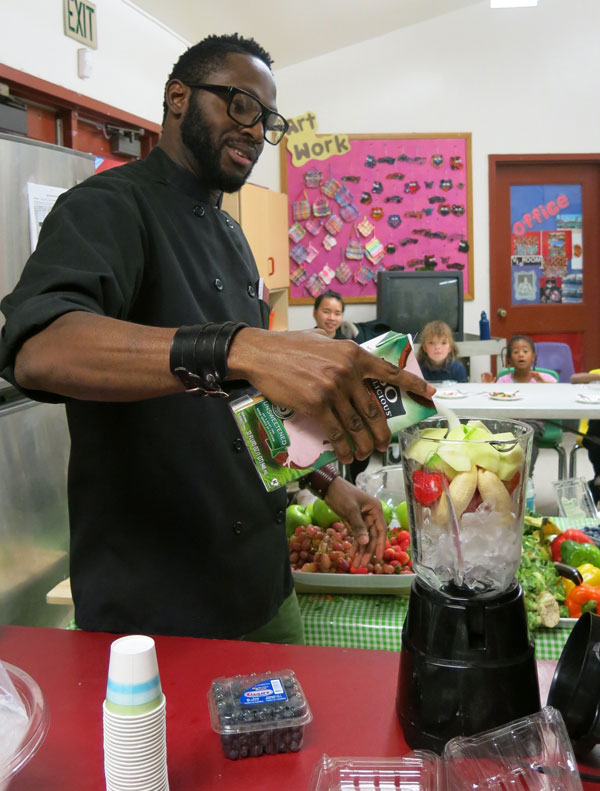 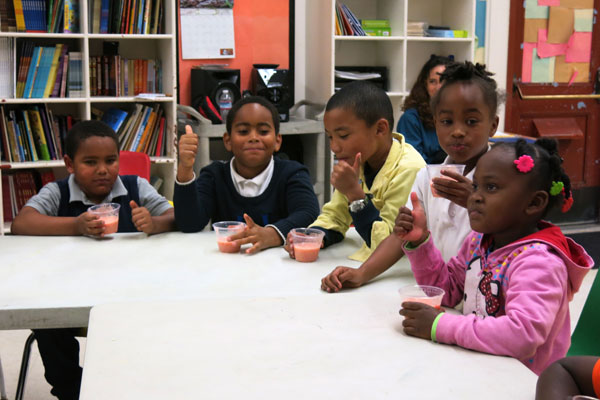 Chef Chauncy is looking forward to taking his experience back to his native land, Liberia. “I’m good at bringing people together and making them feel good about themselves through the food I cook. I like donating my time helping people less fortunate than me, like the homeless. I have a great wealth of experience in cooking international cuisines but I love cooking Liberian food and favorite to eat is fufu and pepper soup.”

For more photos from the day, check out our CommunityGrows Flickr Photostream here. 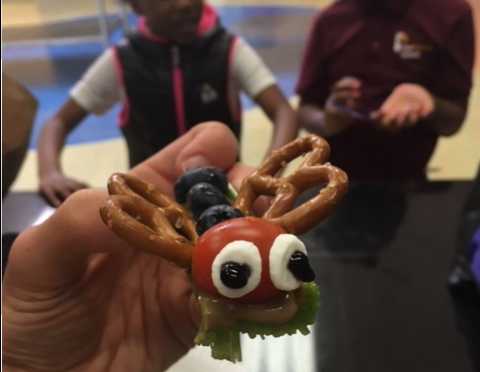 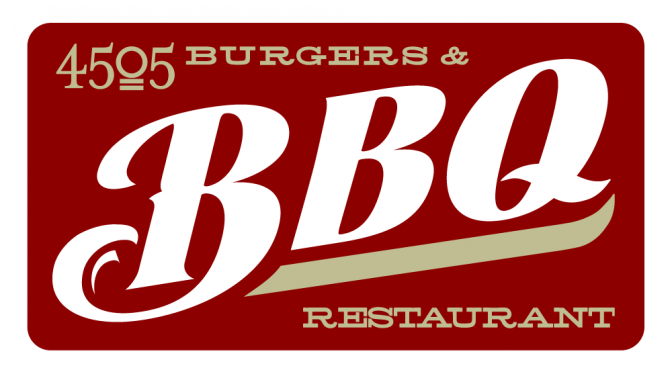 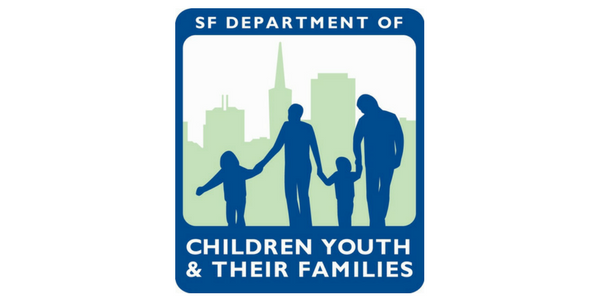