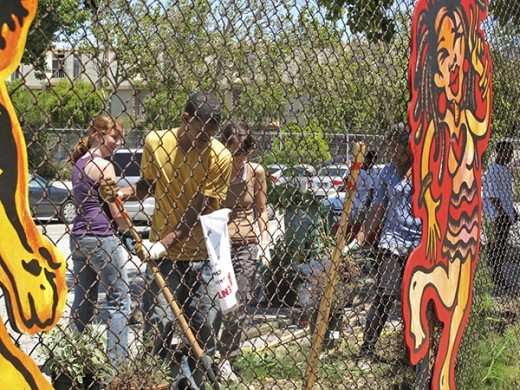 On July 21st and July 26th the BEETS (Band of Environmentally Educated and Employable Teens) built a garden at the African American Arts and Culture Complex on Fulton Street. Everyone had a sense of accomplishment as the weeds were uprooted, lumber measured and laid out, and soil and compost mixed in. This native garden will enhance the fence along the parking lot, already adorned with great art, as well as colorful murals along the center’s walls. 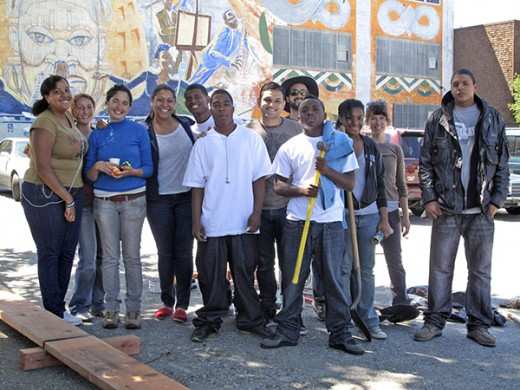 On the last day, AAACC’s director, London Breed, came out to admire the work and was very impressed with the great job that all participated in. To see more photos go to our Flickr photostream here.