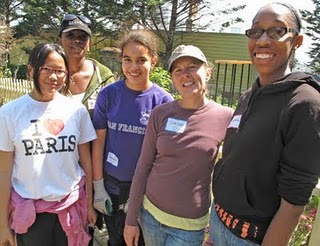 District 5 Clean Up in Koshland Park on August 8, 2009 with Ashley Young, Camilla Dawkins, Soumeya Kerrar, Corrine Law, and Tammia Hubbard. Camilla is the Liaison to our community from the Mayor’s Office of Neighborhood Services, and Tammia was an intern in that office this summer. Ashley and Soumeya are teens who often come to work in Koshland garden. Corrine was our Compost Queen this summer! 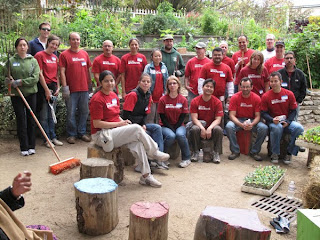 Volunteers from the GAP helped us in the garden on August 20, 2009, weeding, planting and composting. Thank you so much for your help! Great volunteers! 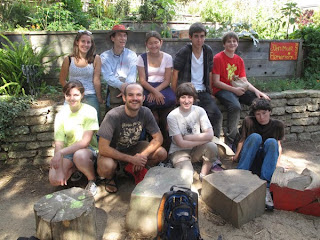 Tenth graders from the San Francisco Bay School spend the morning in Koshland Garden on August 28, 2009 learning about the environment. 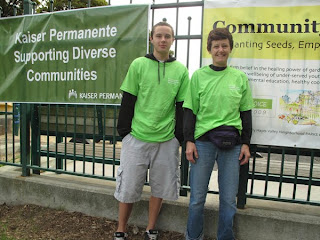