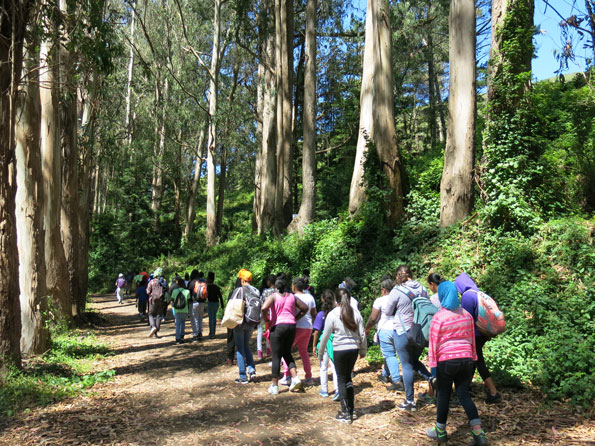 On Thursday, June 15, 2017 CommunityGrows arranged to take 40 kids and their mentors to Green Gulch Farm in Marin. 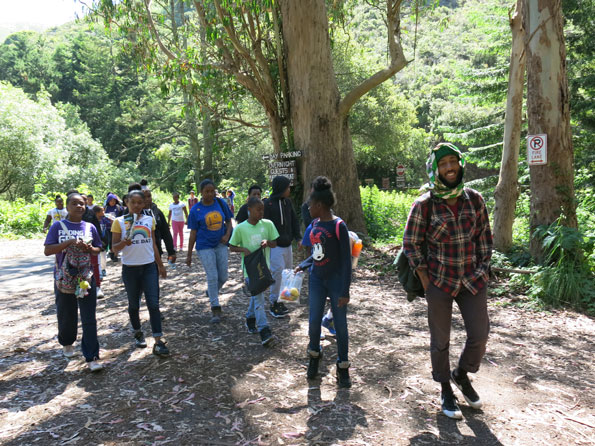 It was a beautiful day of learning about meditation and walking through the fields exploring different areas of the farm. Sukey Parmelee, Garden Program Manager, even had her team share a mastodon tooth. 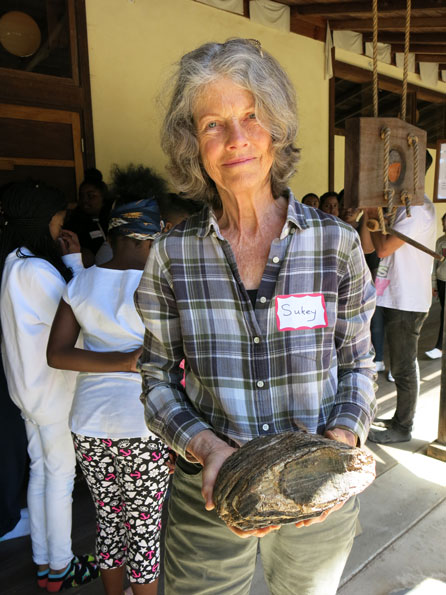 Here’s a little information about the mastodons, that roamed the fields of Green Gulch Farm:

The mastodon first appeared in the early Miocene and continued in various forms through the Pleistocene Epoch (from 2.6 million to 11,700 years ago). In North America, mastodons probably persisted into post-Pleistocene time and were thus contemporaneous with historic North American Indian groups. Mastodons had a worldwide distribution; their remains are quite common and are often very well preserved.A characteristic feature of the mastodons, which appear to have fed upon leaves, is the distinctive nature of the grinding teeth, which in many respects are relatively primitive. They are low-crowned, large, and strongly rooted, with as many as four prominent ridges separated by deep troughs; the teeth are much smaller and less complex, however, than those in the true elephants. The prominent upper tusks were long and grew parallel to each other with an upward curvature. Short lower tusks were present in males but absent in females.
Mastodons were shorter than modern elephants but were heavily built. Although the skull was lower and flatter and of generally simpler construction than that of the modern elephants, it was similar in appearance. The ears were smaller and not as prominent as those of elephants. The body was relatively long, and the legs were short, massive, and pillar-like. Mastodons were covered with long, reddish brown hair. The reasons for their extinction are not certain, but, in North America at least, human hunting may have played a role. 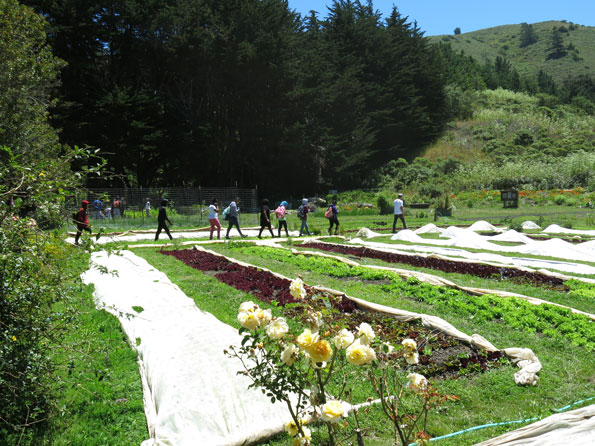 Sharing the teeth of the mastodon was just one of the many adventures at Green Gulch Farm. Everyone also got to learn about bees, 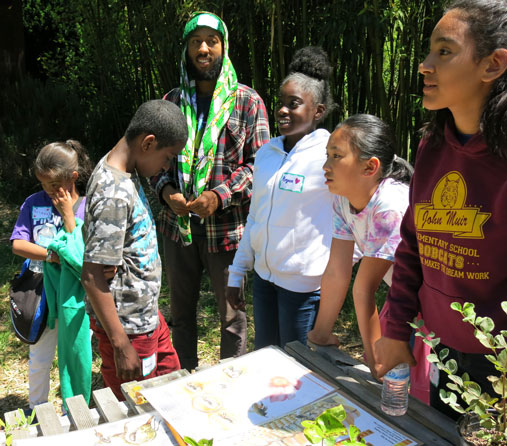 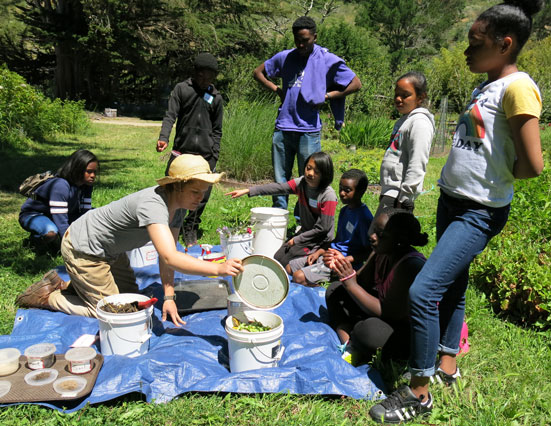 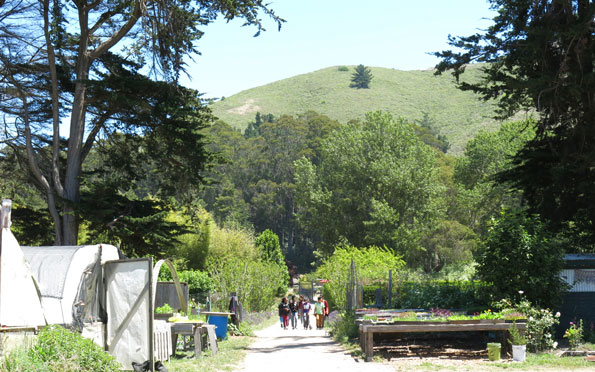 After lunch in the lower garden everyone packed up and walked through the fields to Muir Beach. 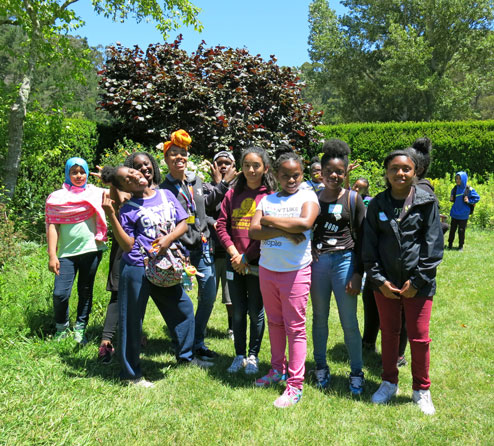 Lots of fun had by all! For more photos, check out our Flickr Photostream here. 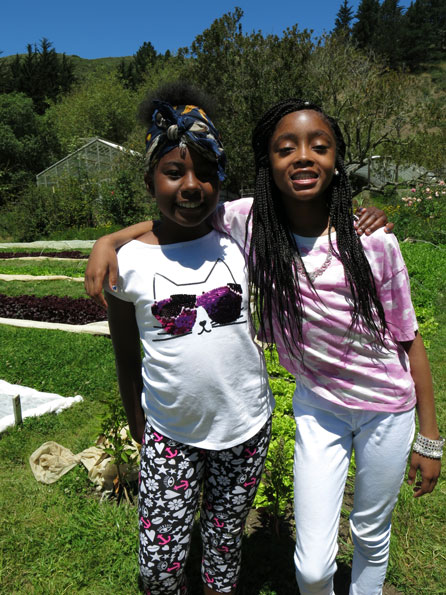 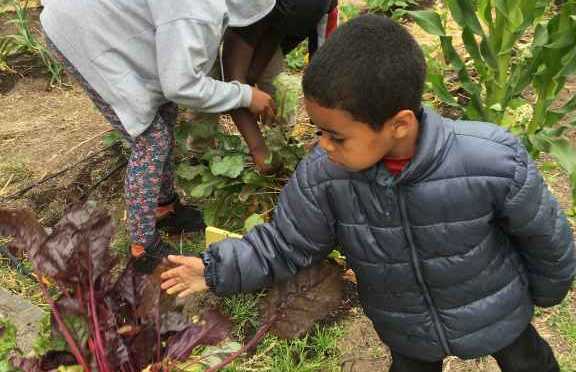 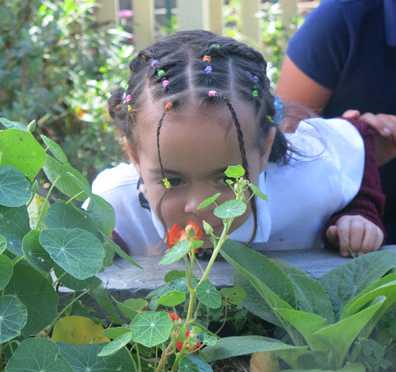 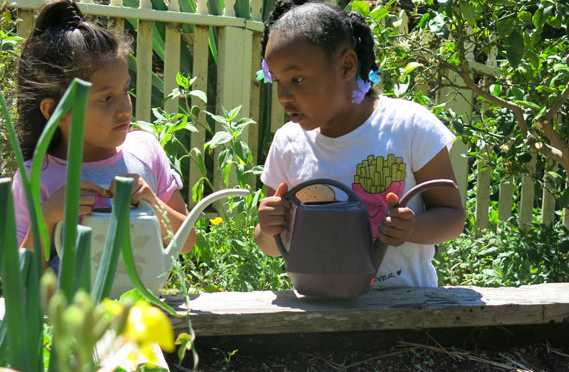