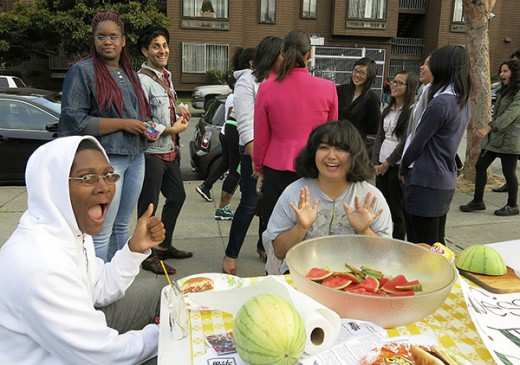 How much do we love our neighborhood in the Western Addition of San Francisco? Quite a lot by the show of friends and partners who came out on Tuesday, August 6, 2013 for National Night Out celebration. It was great to see everybody having fun, dancing, playing games, eating great food, and learning more about resources in the community. It was also great to see so many City officials including the Mayor himself, Ed Lee. Other dignitaries included our District 5 Supervisor London Breed, Greg Suhr, Chief of Police, Ann Mannix, Head of the San Francisco Police Tactical Unit, and District Attorney George Gascón and his family. The BEETS had a table with a game to guess the herbs and win some watermelon. Fire trucks were there to climb on and into and oh yes, did I say Zumba dancing? 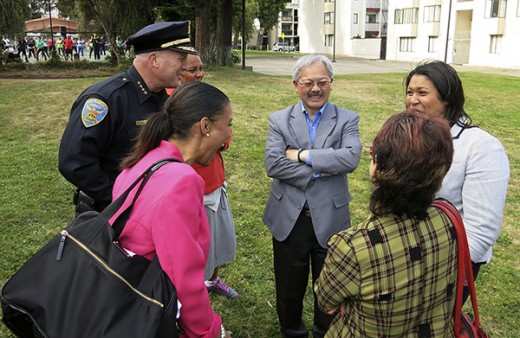 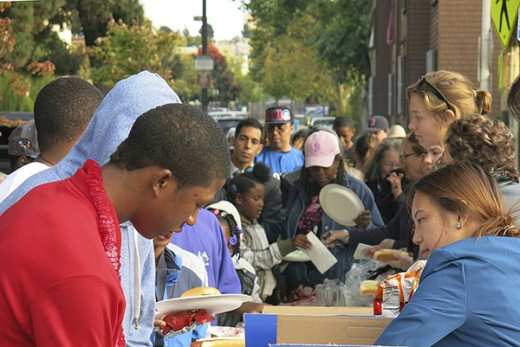 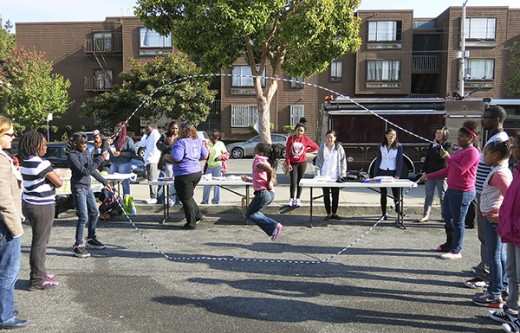 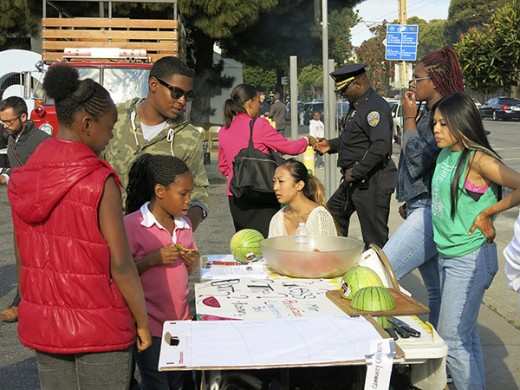 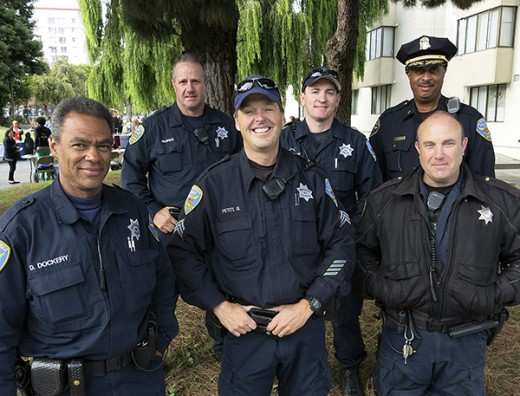 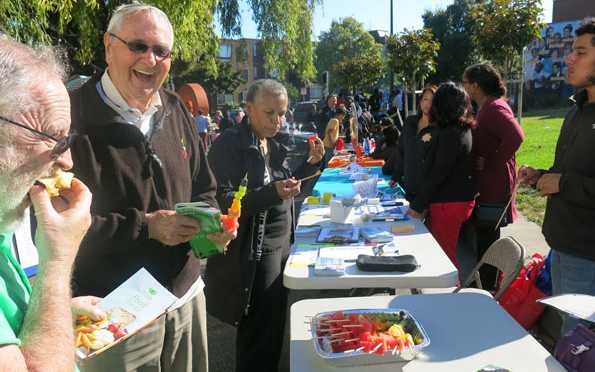 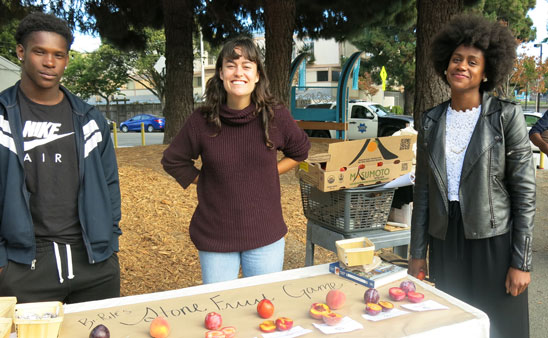 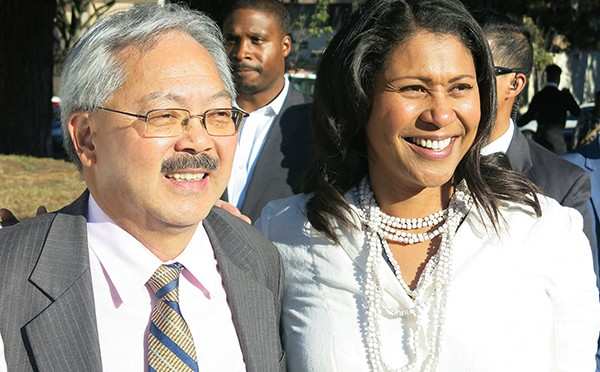