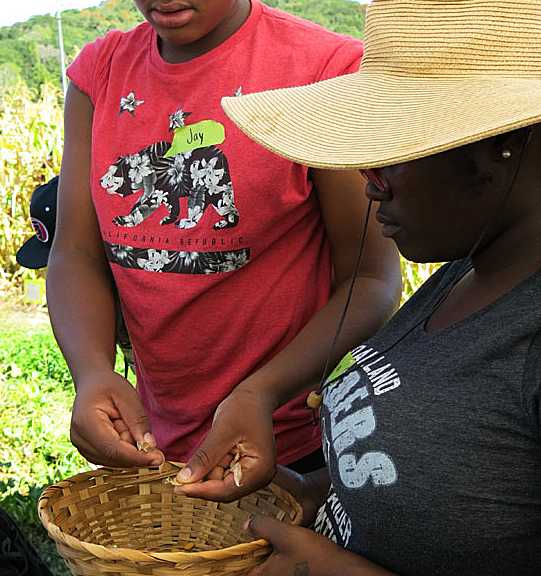 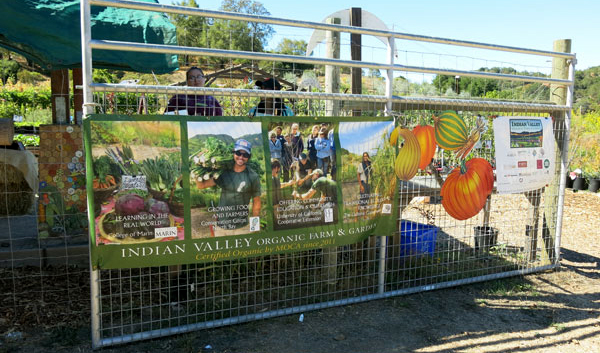 On Indigenous Peoples Day, Monday, October 12, 2015, the BEETS traveled out to Indian Valley Organic Farm in Novato, CA to work and join the Three Sisters Harvest Celebration. The Indian Valley Organic Farm & Garden (IVOF&G) was founded in 2008 as a direct response to a call from the Marin Agricultural Summit to establish an organic teaching farm on the Highway 101 corridor. It was created to support and sustain local food systems and organic agriculture, to help develop the local agricultural workforce and offer job training for an underserved North Bay population, and to provide healthy, nutrient-dense food for hard-working local residents. 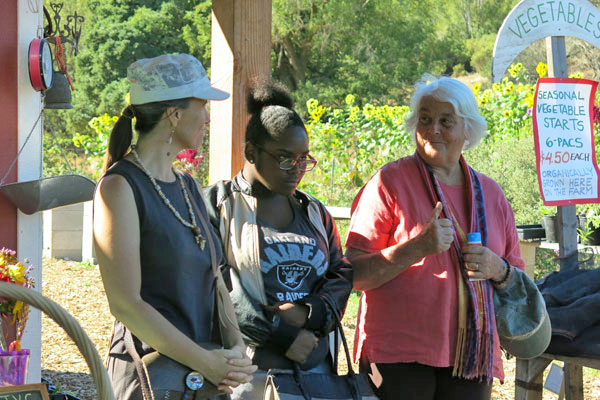 One of the highlight of the day was meeting instructor Wendy Johnson, a long-time friend of CommunityGrows, and spiritual teacher. To many of us, Wendy is a national treasure. As author Joanna Macy said of her, “if Earth took a human voice, it would be Wendy’s: wry, fierce, passionately attentive to detail, and so startling in its wild freedom it’s almost scary…” 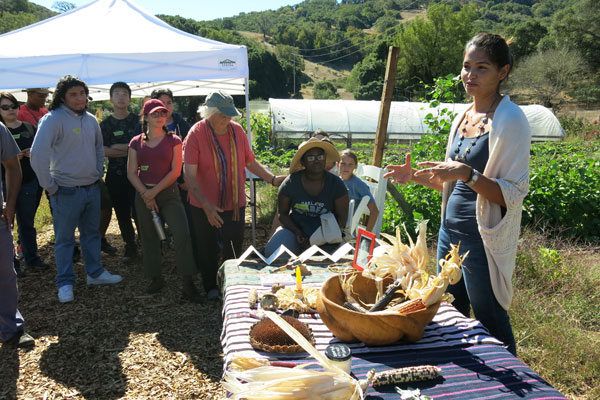 Wendy with other garden teachers talk about the importance of the ancient method of gardening, “Three Sisters”, which uses a simultaneous intercropping system to grow corn, beans, and squash, providing long-term soil fertility and healthy food. These three crops, or Dio-He-Ko, (those who sustain us), have been grown together since the dawn of agriculture in Meso-American gardens. “These ancient ones were considered by the Iroquois to form a three-in-one goddess, growing together to nourish body, mind, and spirit.” (Gardening at the Dragon’s Gate, W. Johnson) 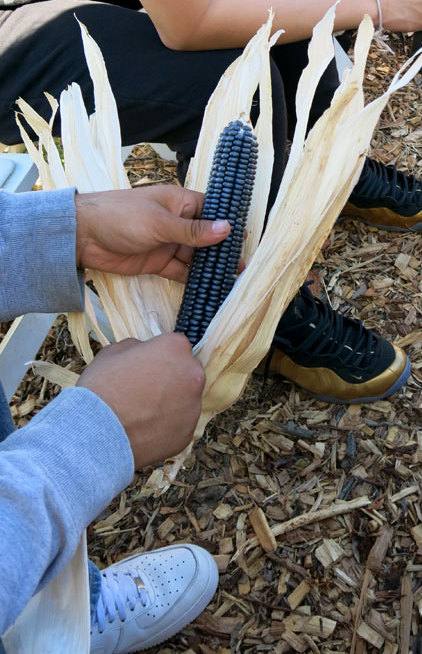 After all volunteers were welcomed and given instructions for the day, we proceeded to walk to the top of the garden overlooking acres of produce. One of the successes of the farm is that it is protected from surrounding areas, which are not farmed. This has helped to keep the area safe from genetic pollution from modern laboratory-raised varieties of genetically modified plants. Because of this fertile area, the farm can grow ancient plants from seeds that have come from native lands throughout the world. 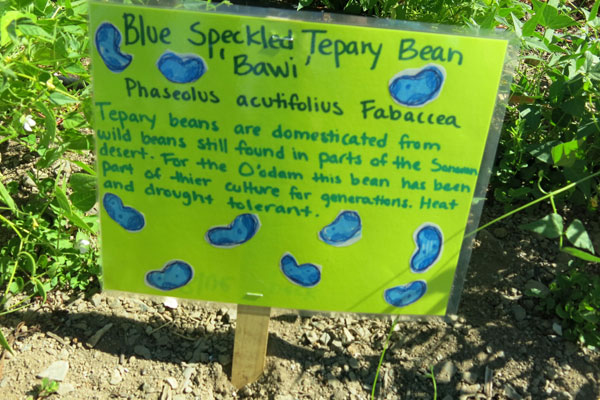 There were stories and ceremonies throughout the morning to honor the harvest of corn, beans, & squash. Corn is a revered crop, known as the Old Woman Who Never Dies by traditional native farmers of the Mandan and Hidatsa nations. It is also called ta’a, the “seed of seeds.” Beans were first cultivated almost eight thousand years ago in Meso-America, and bean images have long appeared in prehistoric art. The seed of the bean plant was used as a color-coded means of ornament and communication. Squash is the eldest of the triple-treasure sister, dating back ten thousand years to scattered remnants found in the prehistoric caves of the Tamaulipas mountains of Mexico. (Gardening at the Dragon’s Gate, W. Johnson) 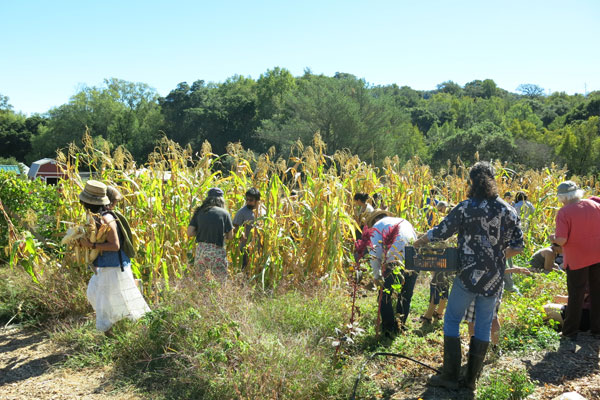 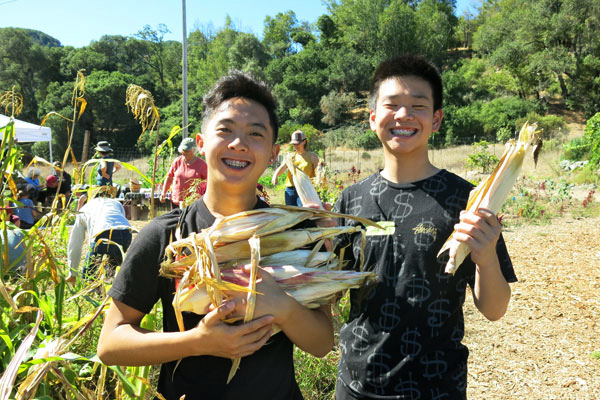 After the telling of the Three Sisters stories, the BEETS and other volunteers walked through seven-foot high stalks of corn and gather kernels for harvest. We also gleaned rows of different kinds of beans and careful culled them for future use. These activities were reminisce of native tribes coming together to harvest and provide for their communities. 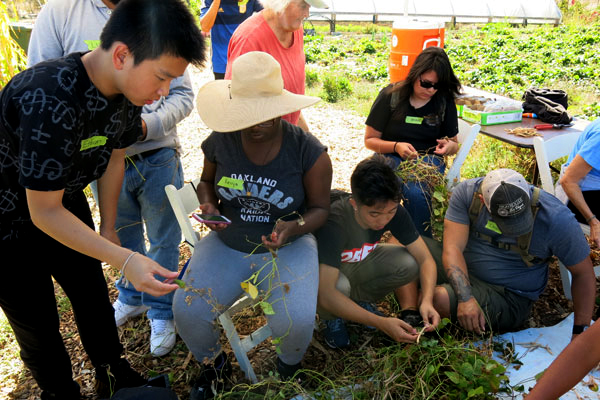 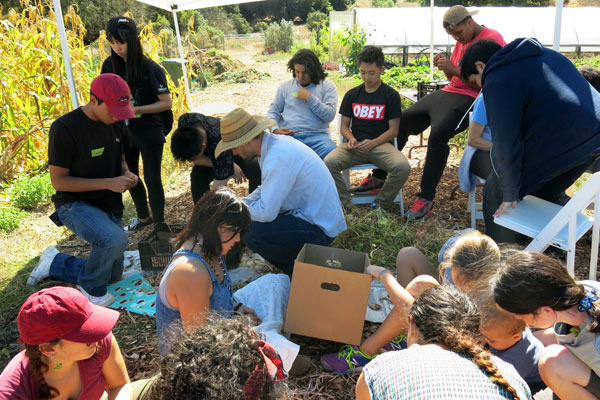 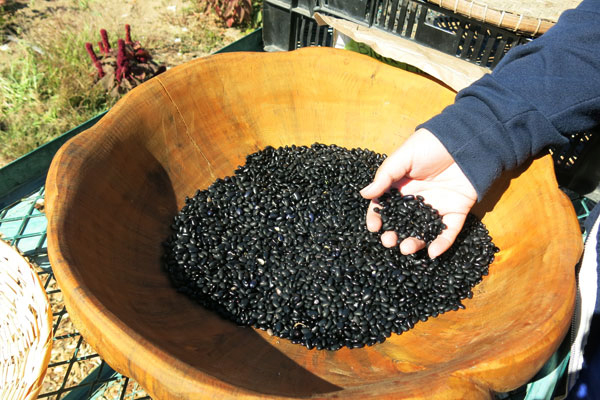 The culmination of the day was a delicious native foods lunch prepared with food from the garden. We got to meet some amazing people who care for this farm and shared their stories with us. The BEETS got to experience the ancient practices of indigenous people and share in the harvest of this beautiful farm. 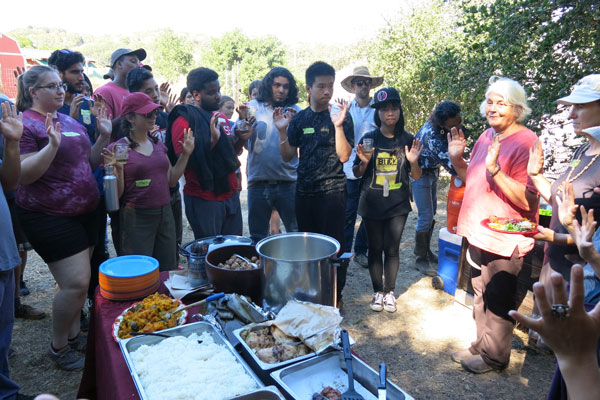 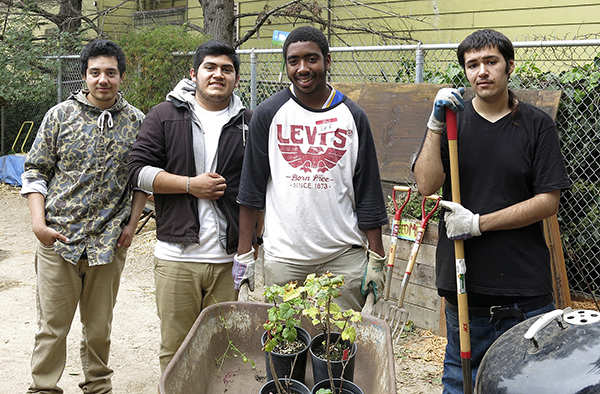 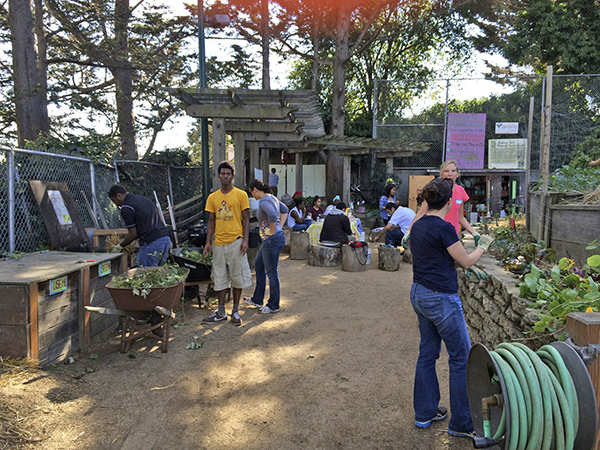 Please join us for a invigorating workday outside in the Koshland Park and Garden on Saturday, July 25, 2015 from 11-2 PM. Our CommunityGrows staff and the summer BEETS (Band of Environmentally Educated and employable Teens) will be joined by two other teen groups: Literacy for Environmental Justice and Girls-2000 of the Hunters Point Family. See flyer for more information.