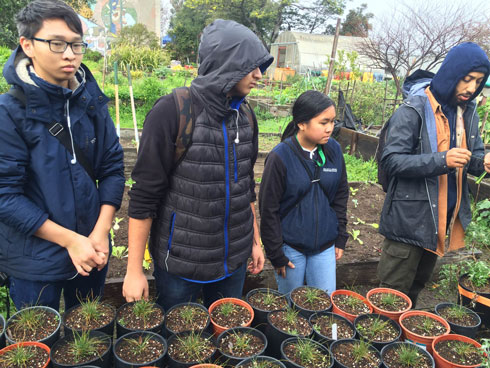 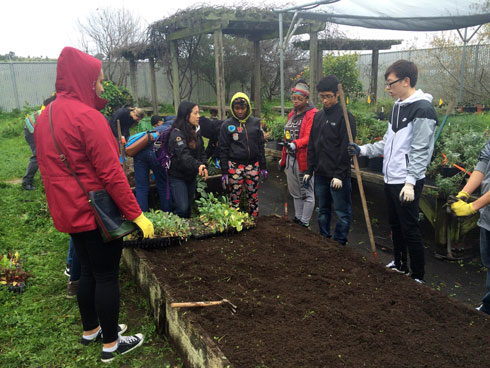 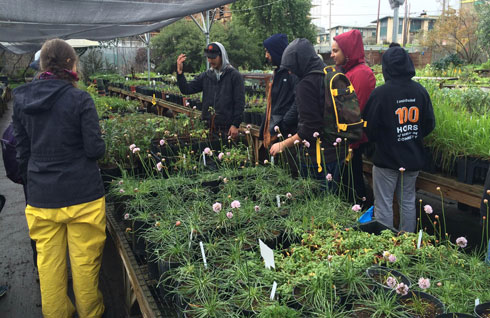 The BEETS and LEJ teens worked together in the Native Plant Nursery sharing their experience with growing vegetables and natives. 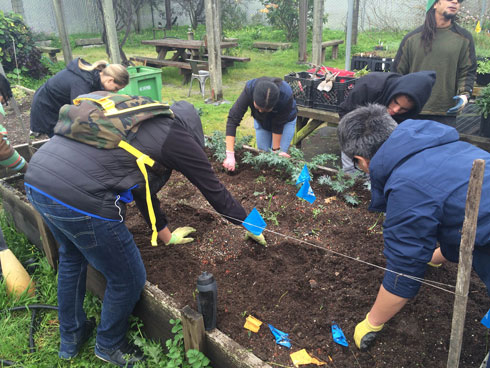 After clearing out some beds, The BEETS talked about vegetables and how to plant them with the seasons.They worked with the LEJ teens to planted peas, cabbage, collard greens and lettuce. 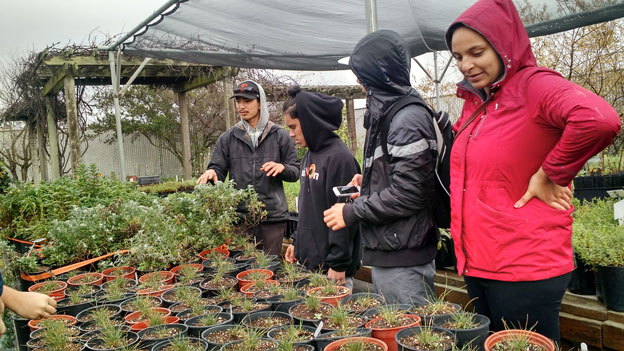 It was great to have everyones energy to clean up the nursery and help wash pots and equipment. 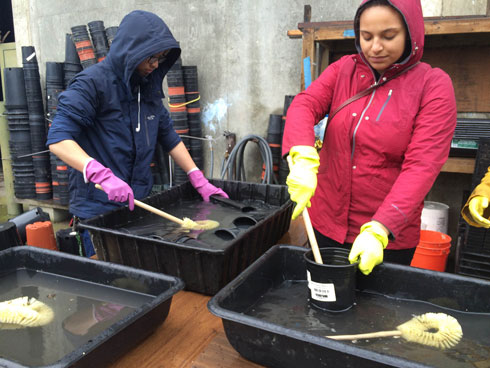 The LEJ teen gave us a tour of the nursery and advised us on what plants might be good for our container gardens at Plaza East housing development. We ended the day with a yummy BBQ hosted by LEJ. 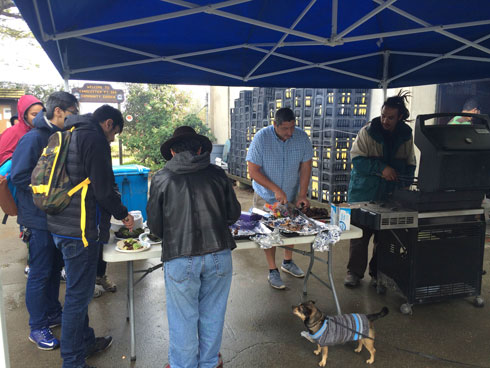 Barry Tan, a BEET supplied the photos for this blog. Thank you LEJ and everyone for a great day! 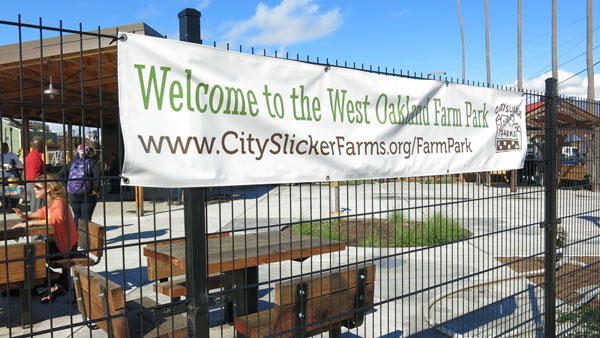 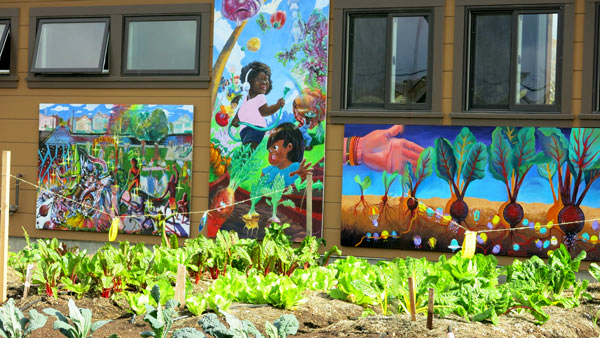 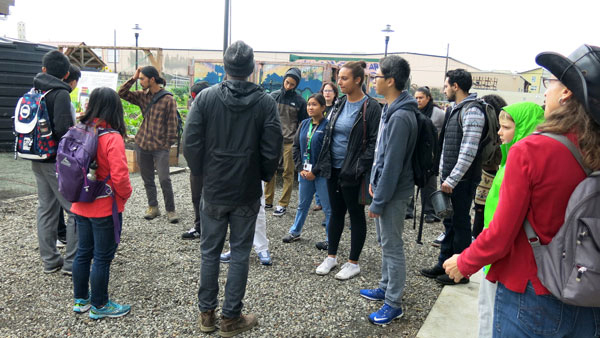 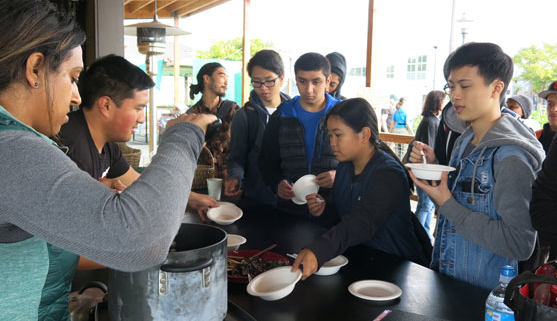 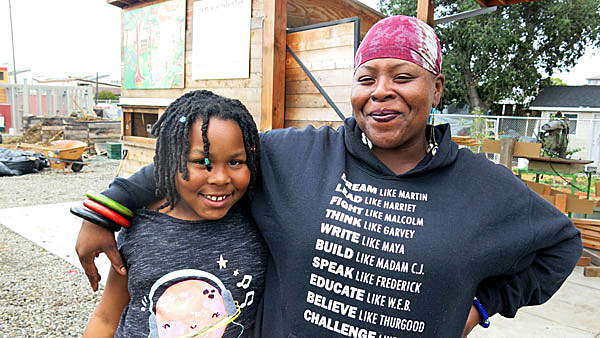 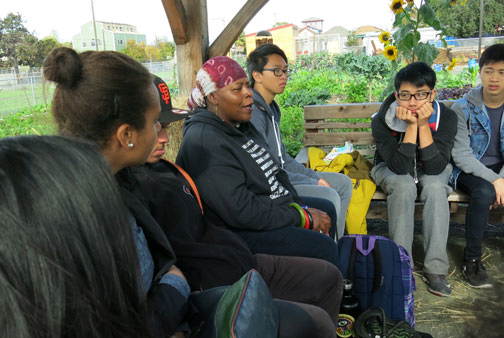 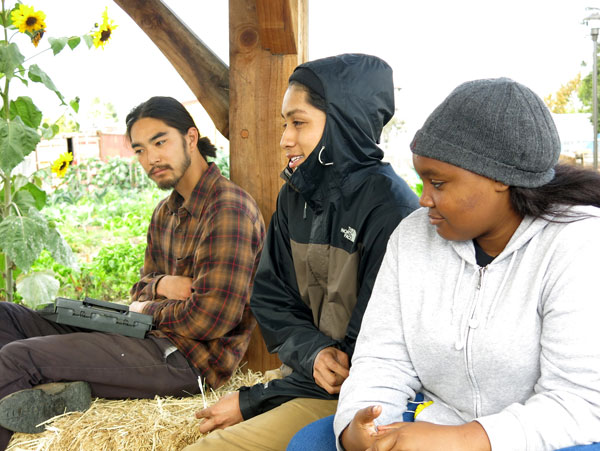 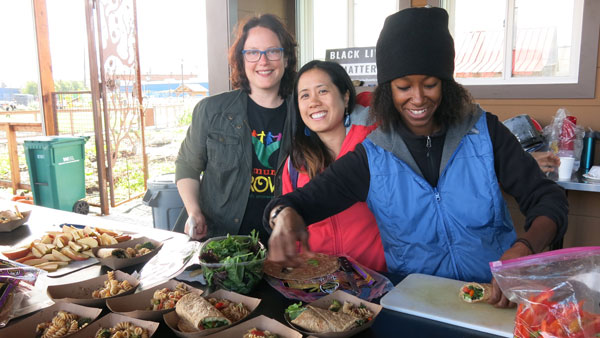 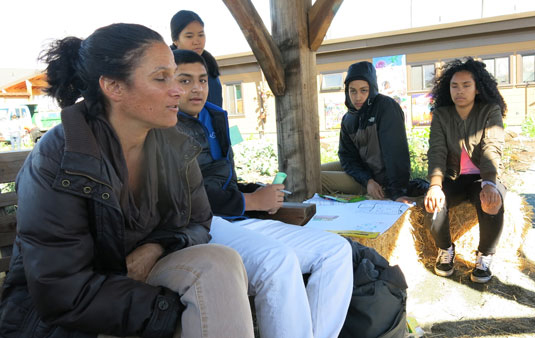 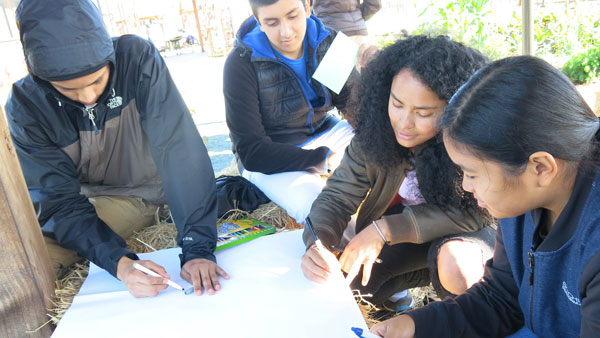 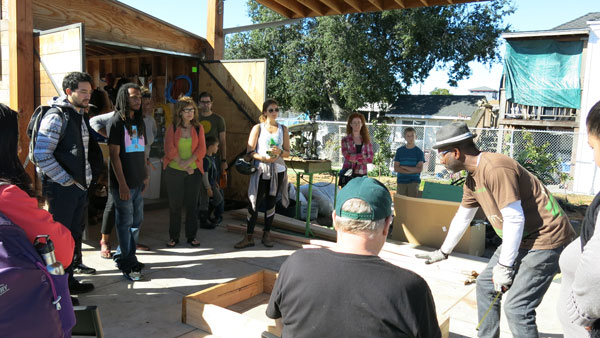 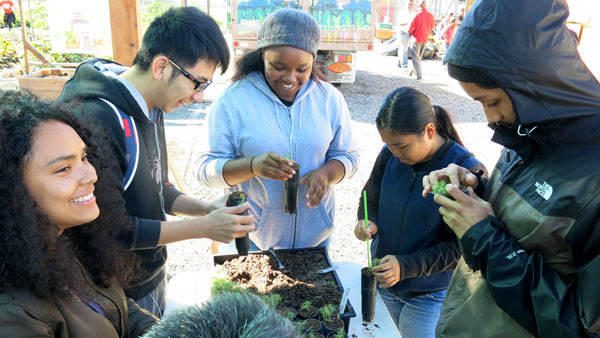