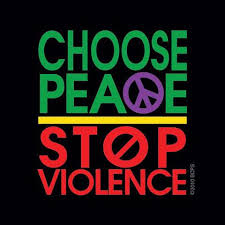 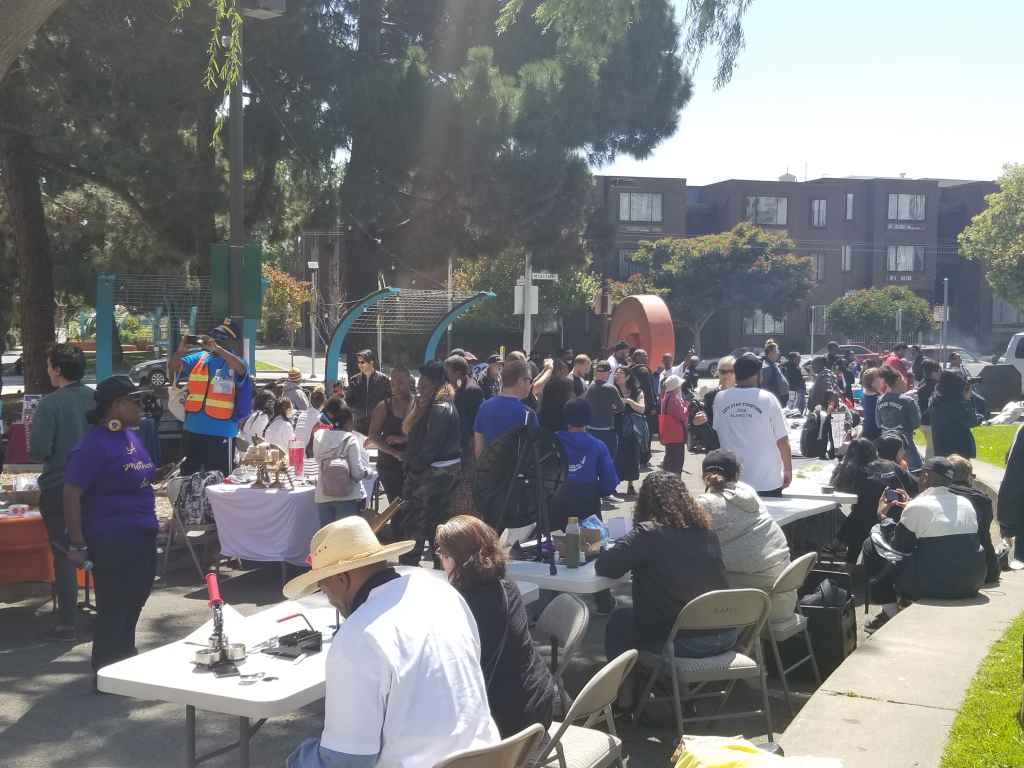 CommunityGrows had the privilege of attending and taking part in the 4th annual Choose Peace Not Violence festival at the Ella Hutch Hill Center on August 25th. The sun was shining as friends, neighbors, and community organizations came together to listen to music, watch performances, and take part in the many activities offered by local organizations. The bouncy castle, face paints, and bubbles were definitely kid favorites, while many teens could be found skateboarding on the ramps brought by SF Skates.

At CommunityGrows’ table, visitors chose from lemon balm, rosemary, and white and culinary sage to craft their own herb bundles. The herbs, freshly cut that morning from the Buchanan Mall garden, were chosen because they help with relaxation, digestion, memory, concentration, and anxiety. Thank you to everyone who stopped by and introduced themselves – it was great to meet so many people who are interested in gardening! 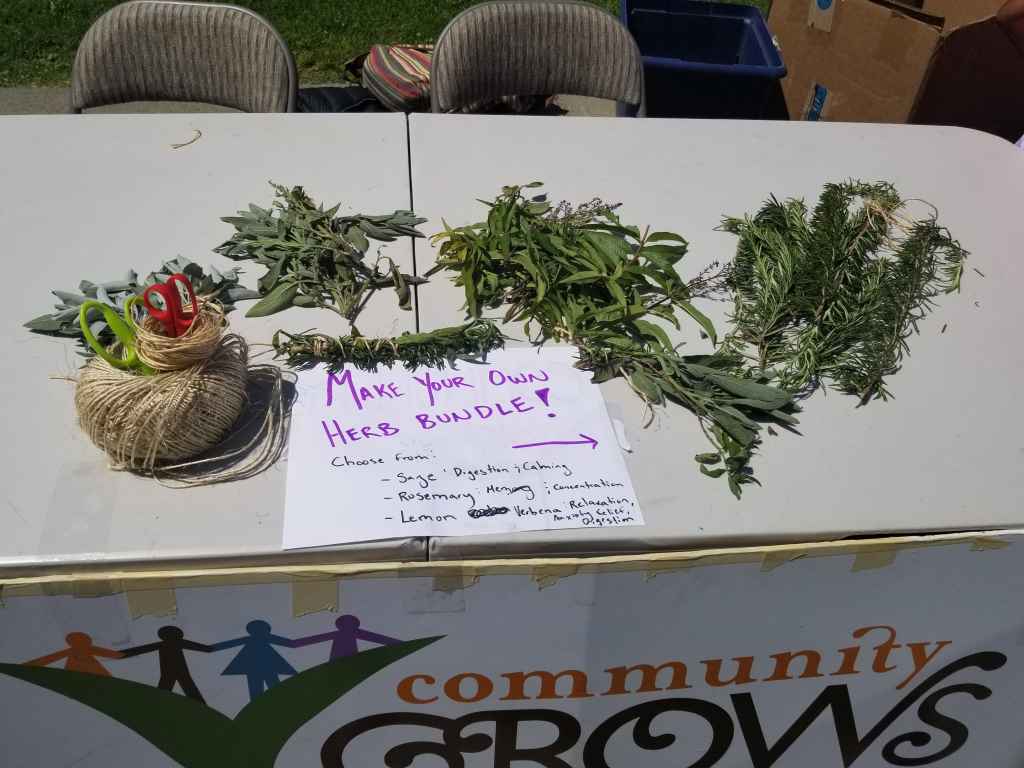 The festival also took time to remember Sharen Hewitt, an inspiring and committed activist who passed away earlier this year. Her family attended the festival and were given a plaque to honor her incredible dedication to and work for the community.

Thank you to everyone who organized and took part in the festival this year. It was great to connect as a community! 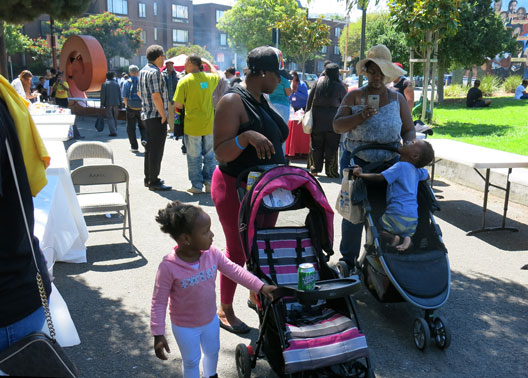 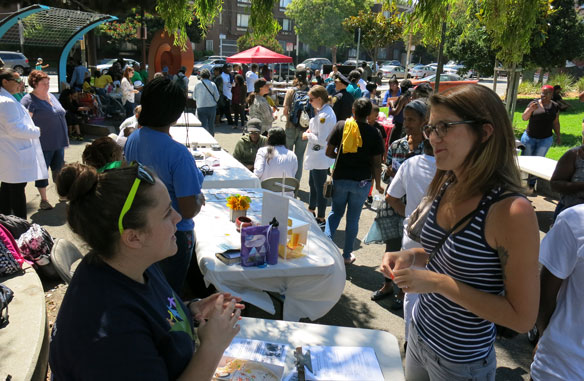 On Saturday, August 26th there were a lot of rallies going on in San Francisco. In fact, two blocks away from our office and Buchanan Mall, thousands of people mobilized around Alamo Square to show their disdain for white supremacy. Months before these rallies developed, our Western Addition community came together to present a Peace Festival in Buchanan Mall.

It was a day of motivational speakers, live performances, kid activities, arts and crafts. This event honor Ms. Alice Rowena Jamerson Lane, community mother of Virgo’s store (she and her husband were both Virgos). 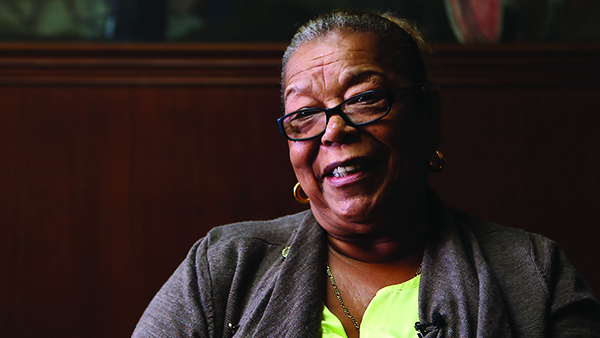 Ms. Lane lived in the community for over 70 years. She opened the store “Virgo’s Deli and Liquor Store”. She had 5 children and a husband who helped run the business. Ms. Alice took care of the community and the community did the same towards her. Ms. Lane passed away July 8, 2017 at the age of 79.
The Peace Festival sponsors included Terry Taylor, Mattie Scott (the Healing Circle), Citizen Film, Xpress Ministry, Success Center, Brothers for Changhe, United Playaz, SFPD, SFFD 798, Eli Crawford, Band Funk Star, Big Rich (Project Level), Ella Hill Hutch Center and Positive People for Positive Change. 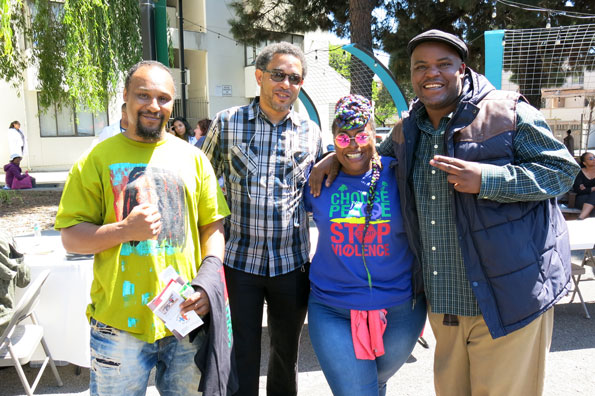 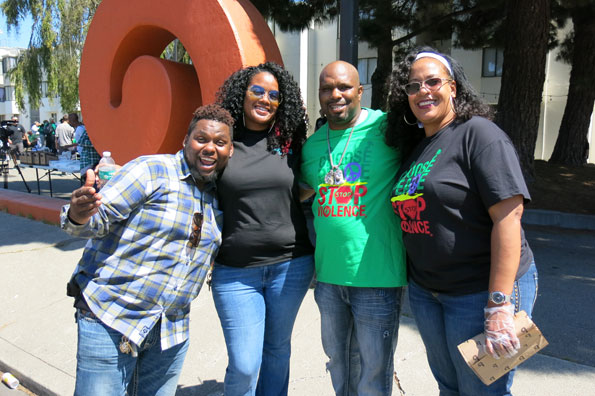 I love SF Skate Club also participated and was a highlight for all the skateboarders in the neighborhood!

CommunityGrows Vista employee Karen Lally and Barbara Wenger, ED, presided over a table passing out information about our upcoming BEETS (Band of Environmentally Educated and Employable Teens) Program, volunteer opportunities, information on our Joey the Cat fundraiser, as well as seed packets, peace envelopes and postcards. 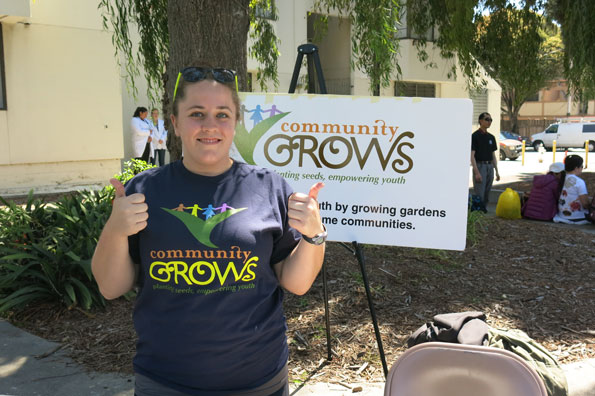 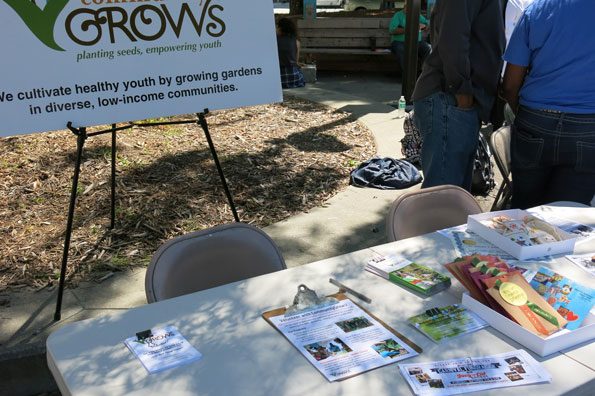 David Lazar, Commander of the San Francisco Police Department, was on hand, as well as a few other police officers. 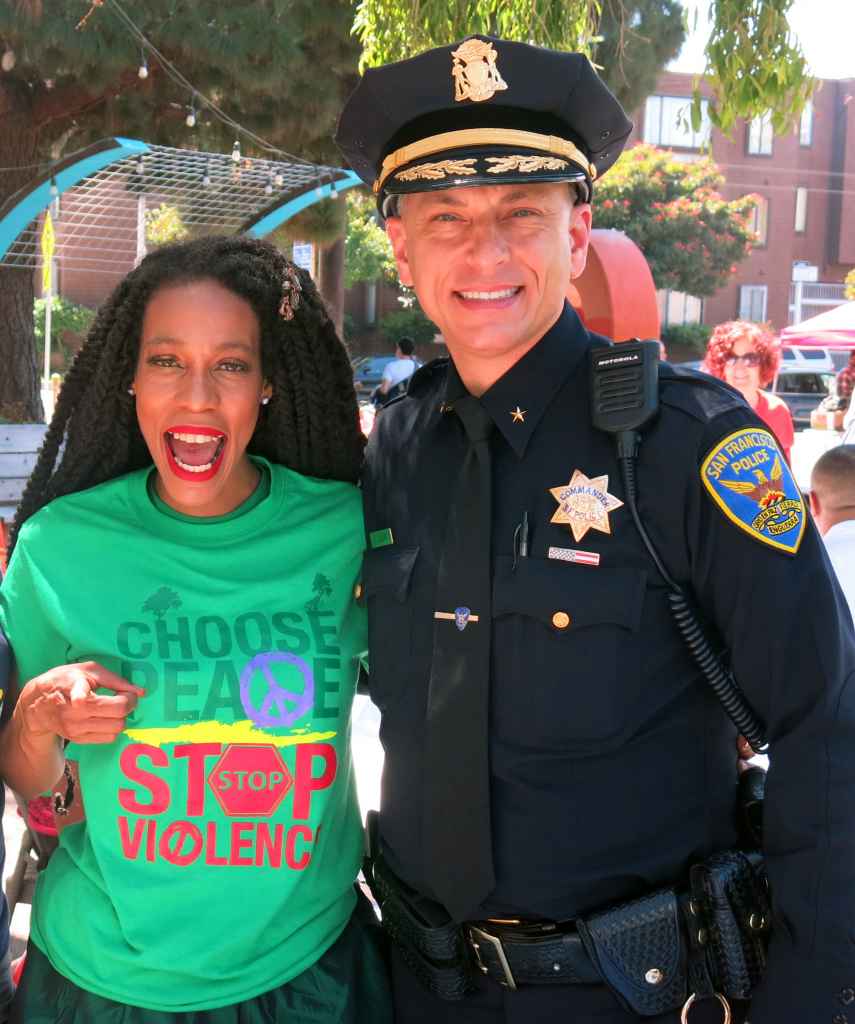 Most other police officers were busy with protests and rallies in other parts of the neighborhood. One officer said she would much rather be at this Peace Festival. 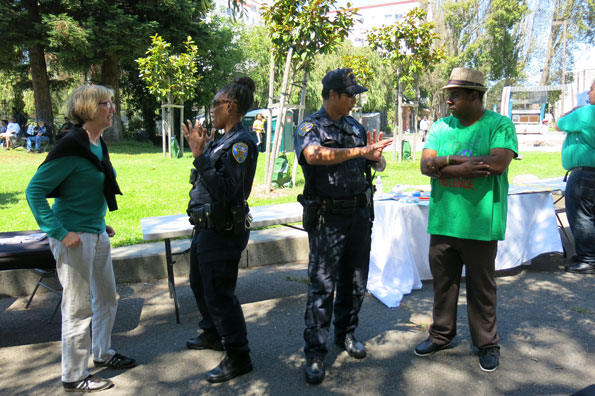 Nursing students from the University of San Francisco were a big hit offering blood pressure readings and other health resources. 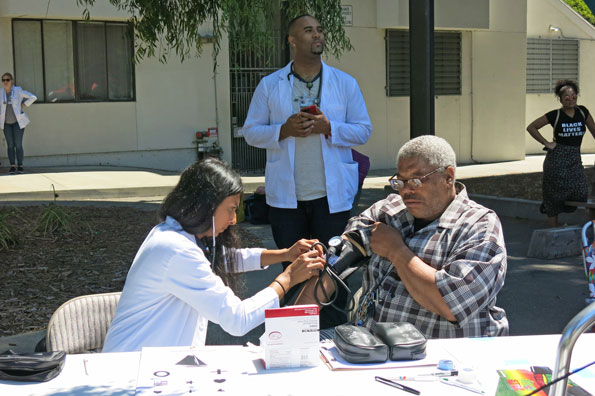 Big Rich and Danielle Banks from Project Level came by. 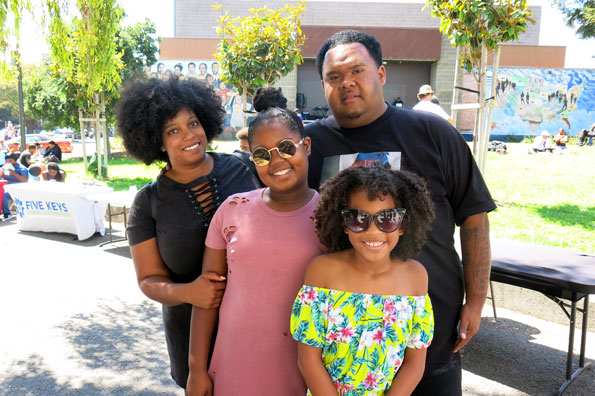 Sophie Constantous and son Milo captured the afternoon for CitizenFilm. 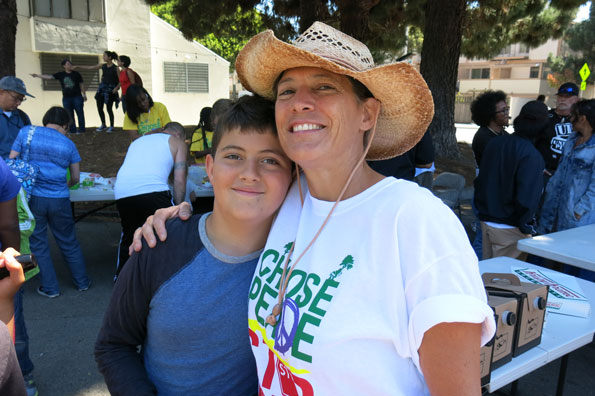 The music from Band Funk Star was awesome 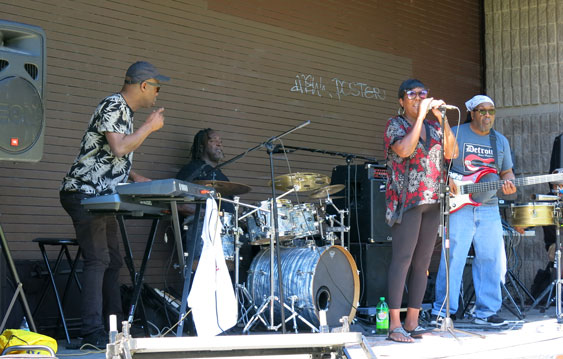 and the BBQ and food from Bi-Rite Grocery was delicious! 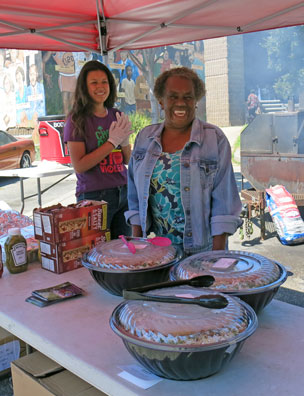 The kids had a great time doing arts and crafts, skateboarding and playing games. 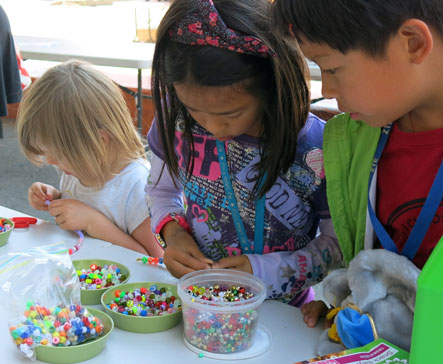 With such a busy day in San Francisco, it was also a pleasant surprise to have the President of our San Francisco Board of Supervisors, London Breed, come out and revel in the good work of the community and share the afternoon. London is second from the right, next to Mattie Scott from the Healing Circle on the far right. 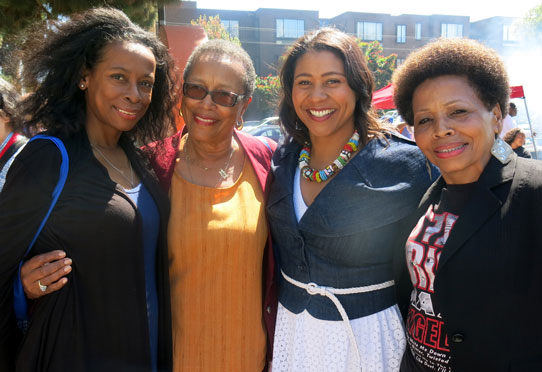 It was a wonderful afternoon that brought out the neighborhood in Buchanan Mall to celebrate peace and stop the violence. For more wonderful photos from the day, check out our Flickr Photostream here.