On Tuesday, July 14, 201, thanks to a grant from the San Francisco Public Utilities Commission, the BEETS (Band of Environmentally Educated and Employable Teens) hosted the Western Addition Beacon youth for an afternoon of Water Conservation Fun! 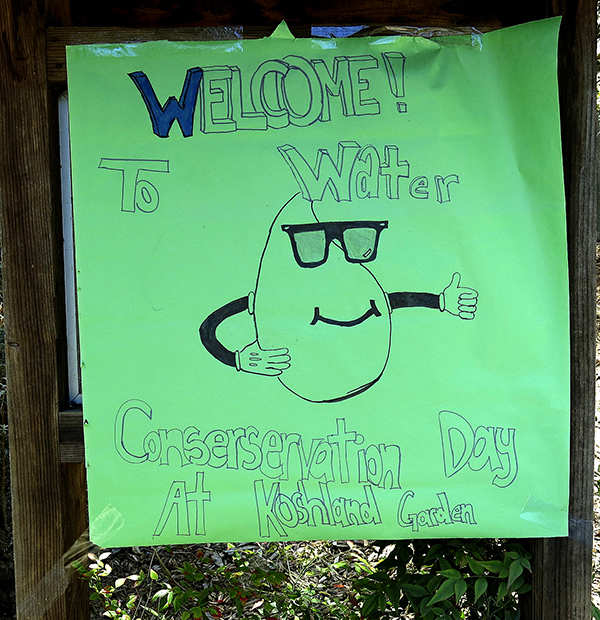 Over 100 youth were given a water conservation name badges that stickers were added to as they went through six different stations through out Koshland Park and Garden. The stations were designed by the BEETS to challenge the participating youth with information about conserving water-offering great tips and information along the way. The first station, run by Vinh Hoang and Charome Thomas, asked the youth about conserving water, especially while brushing your teeth and even watering your plants. 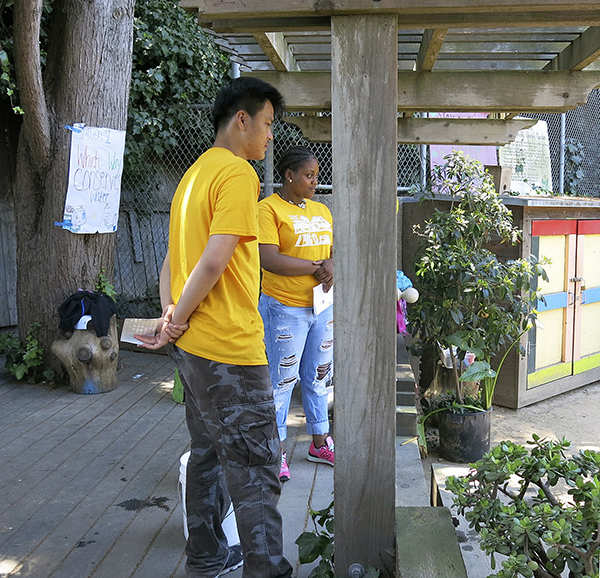 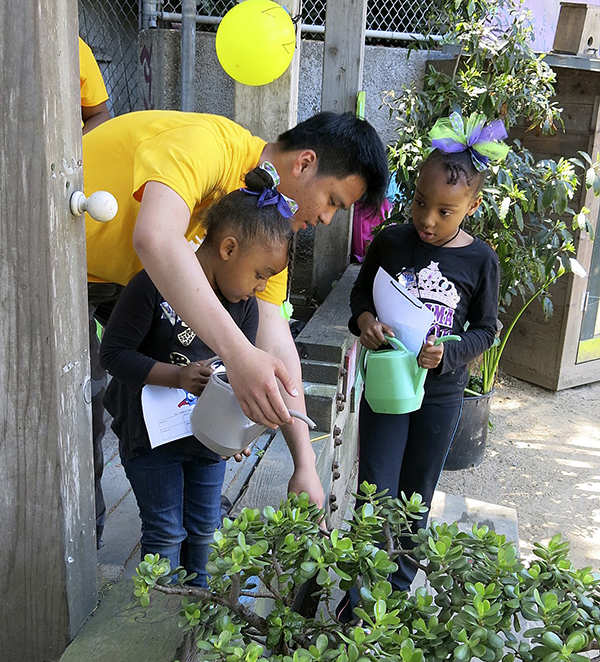 At the second station, Meena Khan talked about the water cycle: evaporation, condensation, precipitation, and transpiration. The youth got to build a necklace with beads representing the four stages. 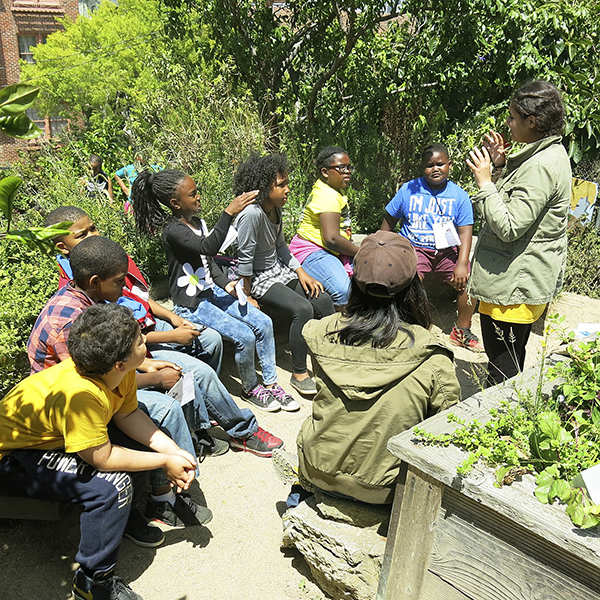 At station three, run by Carlos Cruz and Gresell Mendoza, youth got to transplant succulents to take home. 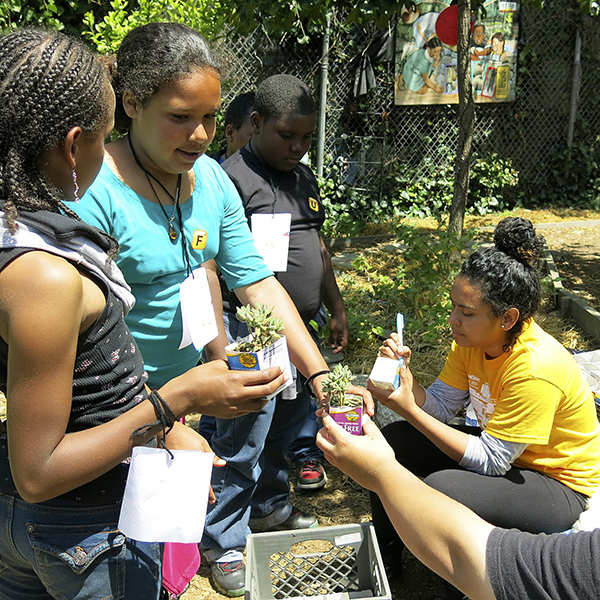 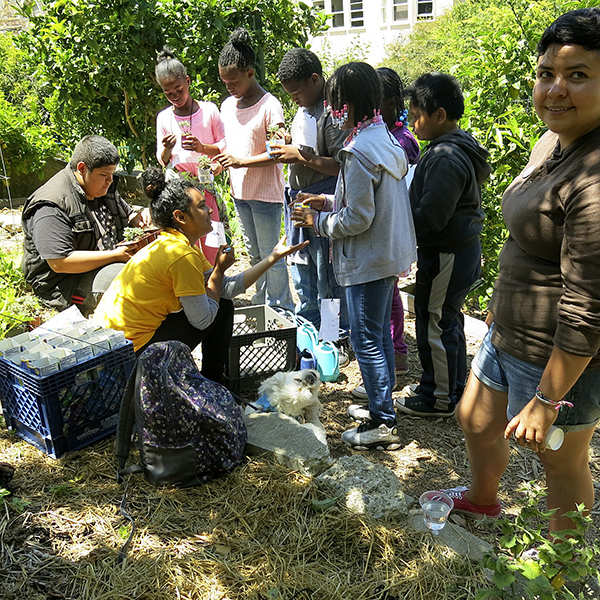 Station four with Monique Adams and Caelan Chen informed the youth about where our water comes from (Hetch Hechy Reservoir) and how it takes many steps to get to us. They also talked about the weight of water and everyone got to carry water balloons down steps and place them in buckets. 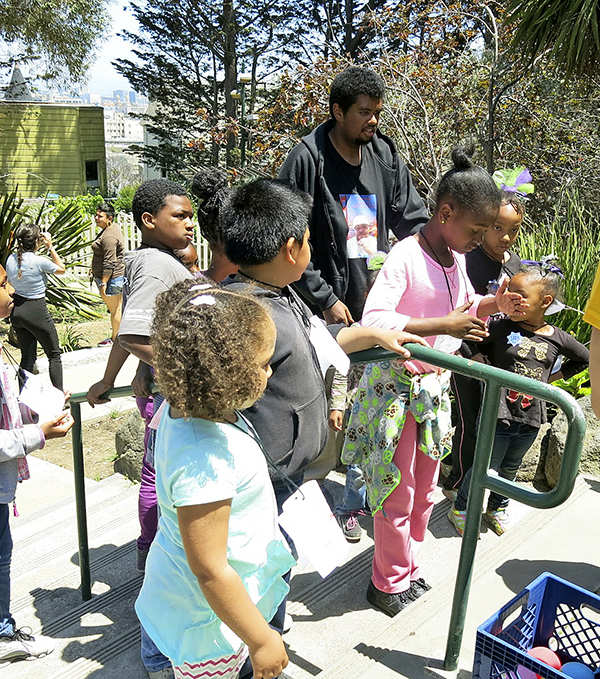 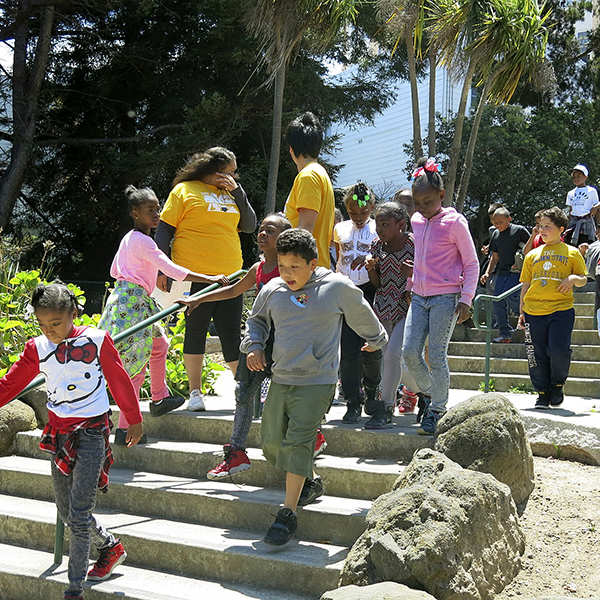 At the fifth station, Adrian Castano-Romero and Ivan Gladamez did a jeopardy quiz in the basketball court. Right answers gave the youth a few shots at the basket. 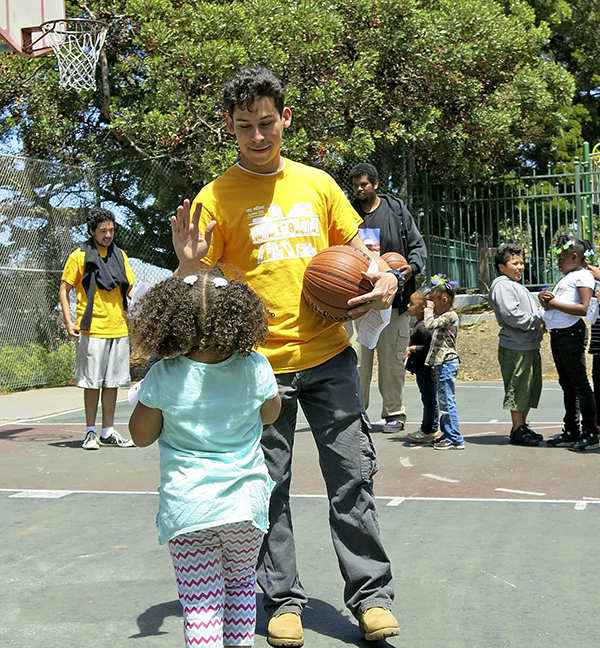 In the sixth and final station, Venyse Sims and Sola Yamamoto talked about water conservation at home. Everyone got to write what they learned on a paper-drop of water. 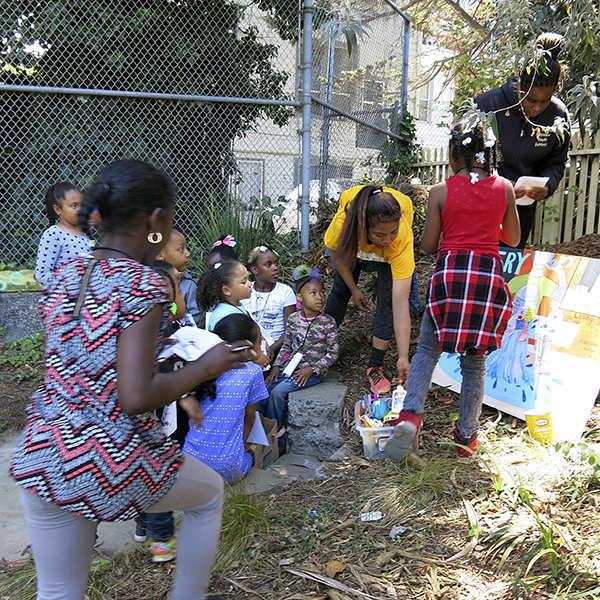 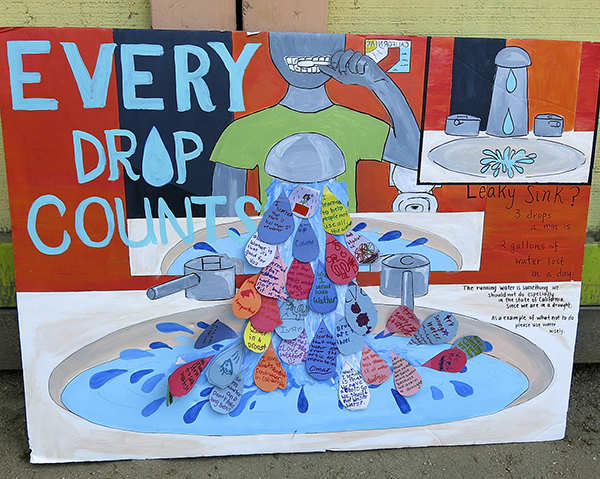 After all the youth went through each station, they were treated to a BBQ with hotdogs, chips, popcorn and watermelon. 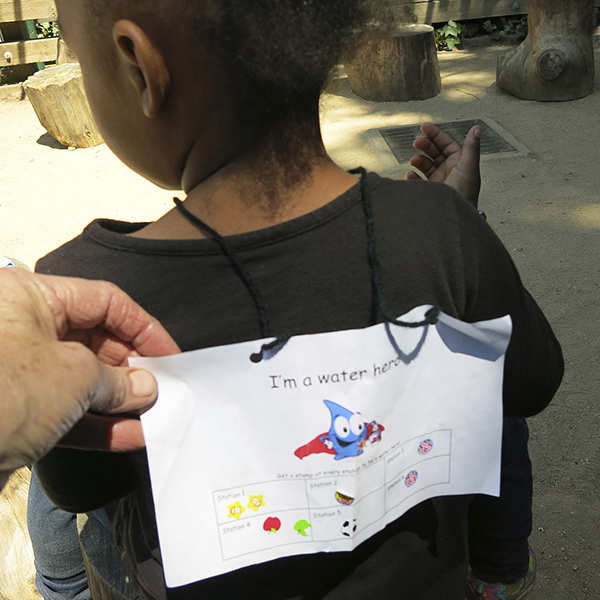 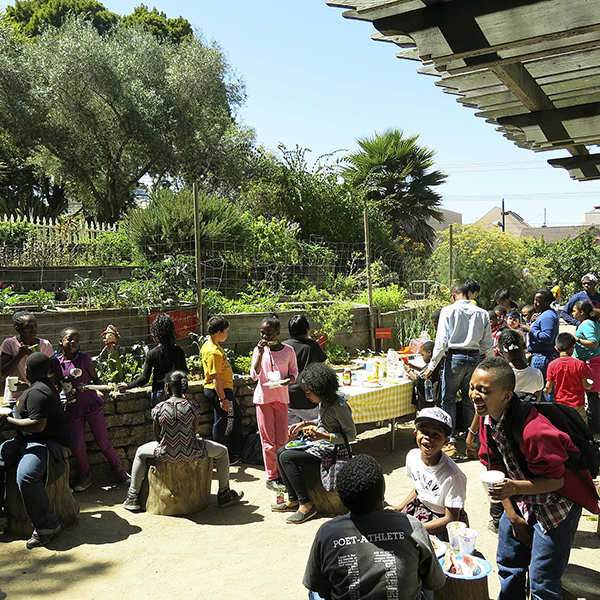 A great day and everyone had a lot of fun learning about conserving water! For many more photos from the day, see our CommunityGrows Flickr Photostream here.