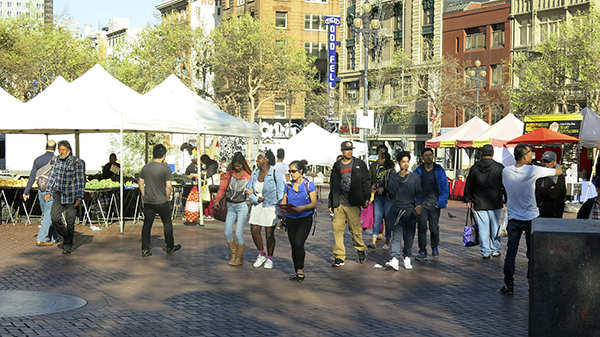 On Wednesday, March 5, 2015 the BEETS (Band of Environmentally Educated and Employable Teens) spent the afternoon in the Heart of the City Farmers’ Market in Civic Center San Francisco. This site is a frequent visit for our CommunityGrows youth. It is an opportunity to see the farmers who sell here and run the market, and who provide produce to an otherwise food desert. In fact, since the market started in 1981, Civic Center continues to lack a grocery store in the area. 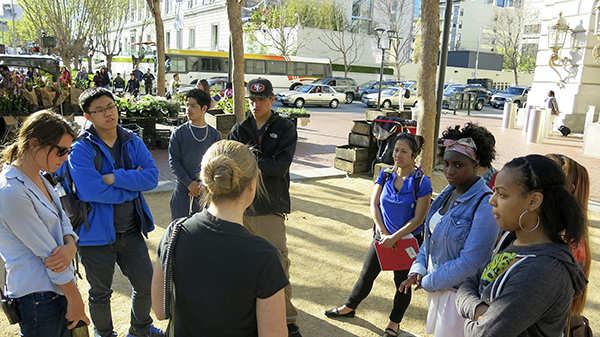 The BEETS started out their tour by hearing Kate Creps, Executive Director of the Heart of the city farmers’ Market, talk about the low-income community they serve. She said that this past year the market gave out over $290,000 in SNAP/CalFresh EBT purchases (formerly known as Food Stamps) and became the top farmers’ market in California to do so. 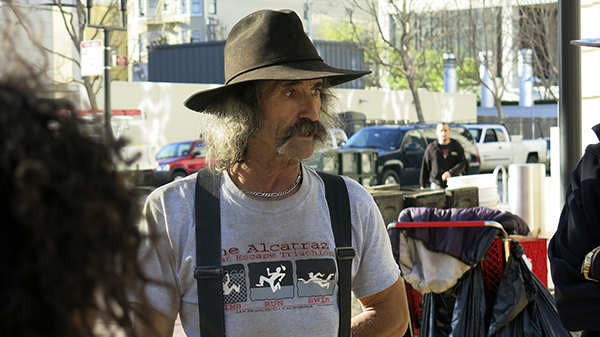 Tony Mellow of Mellow’s Nursery and Farms, and one of the first farmers from 1981, joined the group to talk about the market’s commitment to providing high-quality and reasonably priced produce from local farms to the heart of San Francisco. He told us that the market is run by the farmers who sell here, with a Board of Directors consisting of five representative farmers elected to serve two year terms and two community members to help the market stay connected to the needs of the neighborhood. 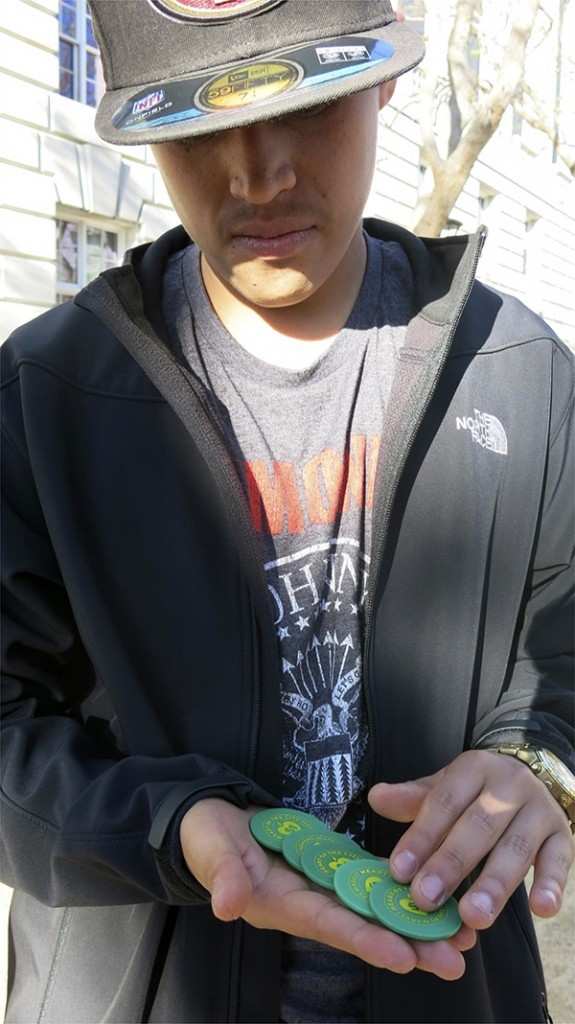 The BEETS were very fortunate to get some tokens (used with EBT clients) to spend in the market. Their goal was to find food items that they could use to make a salad the following day. They were to ask the farmers about their produce, challenges, and location of their farms. The BEETS broke into teams and went in search of ingredients. Regrouping at the end, they shared some of their purchases: lettuce, mushrooms, radishes, carrots, oranges and onions. The next day they would make the salad and serve it with a homemade pizza. 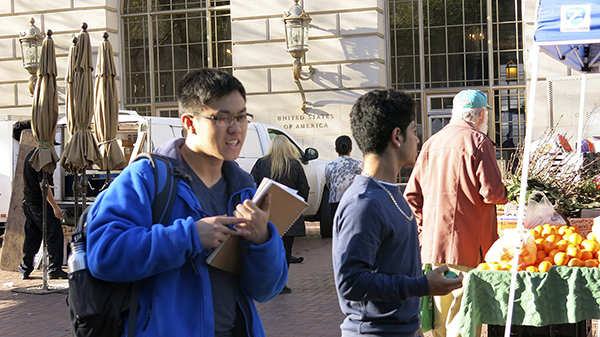 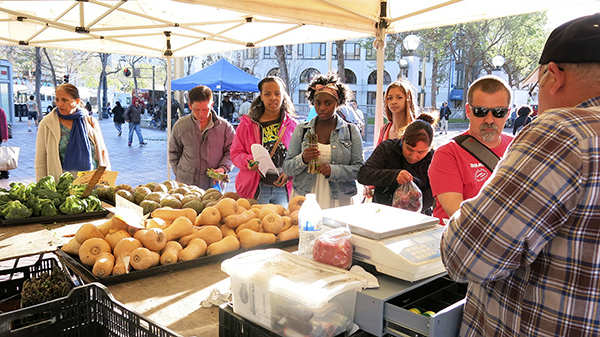 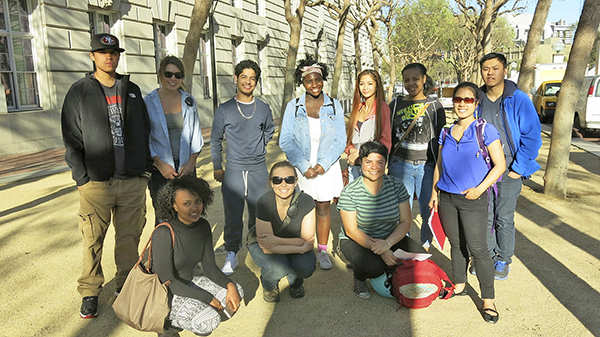 Thank you Kate and everyone for showing us the Heart of the City Farmers’ Market!
To see more photos from the day, visit our Flickr Photostream here.


Tags: The BEETS, BEETS, Heart of the City Farmers Market