On February 16, 2015 the youth at Hayward Rec Connect after-school program in San Francisco made banana splits.

CommunityGrows staff was joined by Nora Brereton, former Director of Programs, who stopped in to say “hello”. After cutting their bananas, the youth chose what they wanted on their splits: Greek yogurt, raspberries, peanut butter, shredded coconut, and/or chocolate chips. It was a great afternoon pick-me-up and ask you can see everyone enjoyed it! 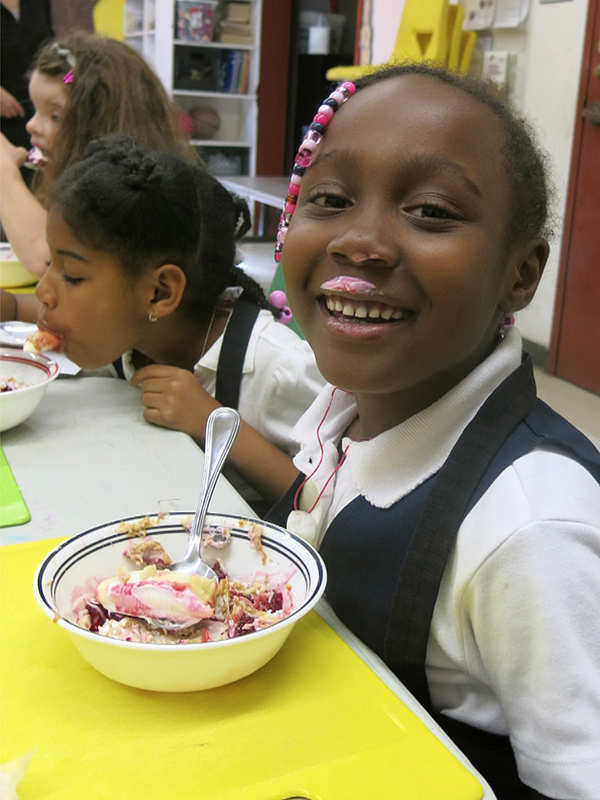 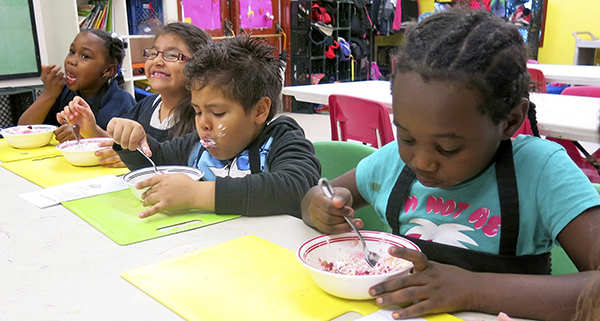 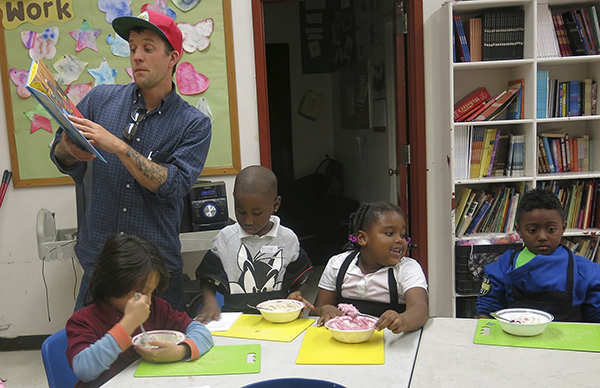 AFterwards, Adrian Almquist read a story about Will Allen Farmer Will Allen and the Growing Table. Will Allen works with Growing Power in Milwaukee, Wisconsin, and has helped revolutionize urban farming. Thousands have learned from him how to grow food using raised beds, fish-farming, even “worm-farming” with the hardworking red wiggler worms. He taught city farmers to make tons of compost using food wast generated in cities. And he has shown that urban farms can be the source of good jobs for underemployed urban residents.
For his work, Will Allen was given a MacArthur “Genius Grant” in 2008 and the Theodore Roosevelt Award, the highest honor given by the National Collegiate Athletic Association in 2012. Will Allen’s life reminds us of the power of one person with a vision.
More photos from the day can be found on our Flickr Photostream here.