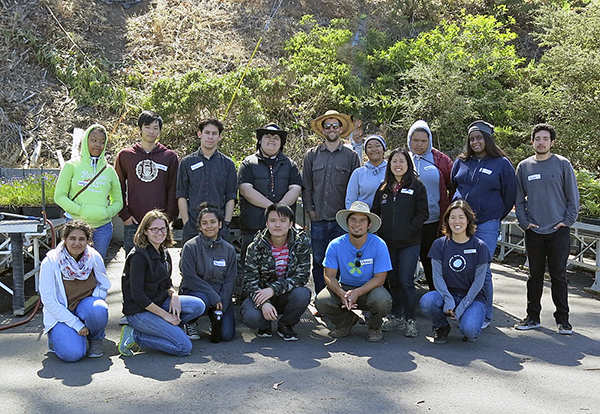 On Tuesday and Wednesday, June 16-17, the summer cohort of BEETS when over night camping in the Presidio at Rob Hill Campground. In the afternoon they took a hike to the Presidio Nursery, and met with three park leaders, Desmond Murray, Nursery Community Coordinator, and Danielle Jolette and Hillary Kato, full-time interns in the program. These great educators spent the afternoon sharing their knowledge about plants and conservation with the teens. Desmond also let us know that paid internships at the nursery are available to high school and college level students, dates are TBD for the next year and he encouraged BEETS crew members to apply in the future. 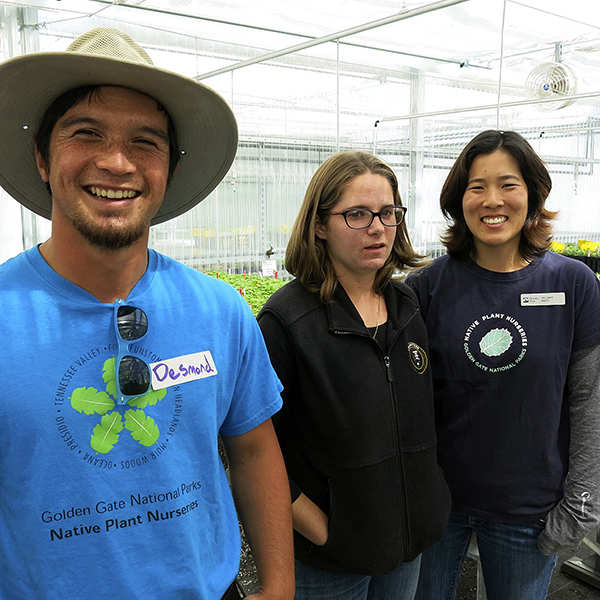 The Presidio Nursery nurtures not only thousands of plants, but also hundreds of volunteers and youth from throughout the Bay Area. Founded in the spring of 1995, the nursery is a vibrant collaborative effort of three agencies: the Presidio Trust, National Park Service, and Golden Gate National Parks Conservancy. Together they support the nursery’s goal of restoration within the Presidio. In 2012, the nursery grew 120,000 plants—twice its usual number! In addition, the Presidio Nursery grows many trees to support the Presidio reforestation effort, including about 300 Monterey cypress trees each year. The nursery also nurtures native trees such as Coast live oak, Wax myrtle, and California buckeye. 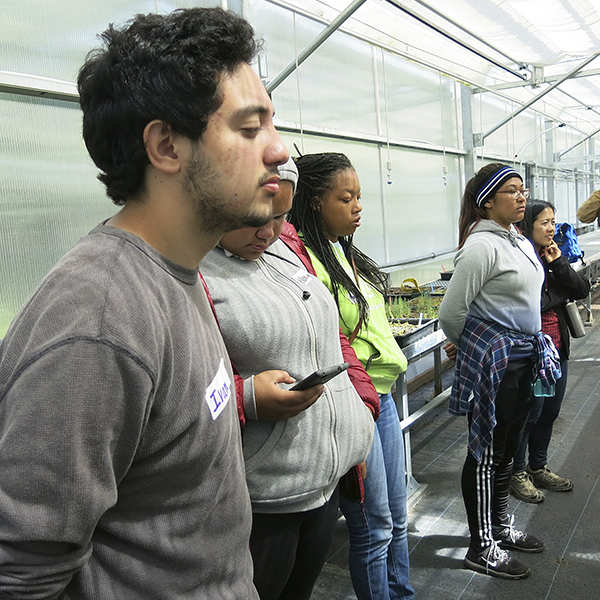 The nursery is a lively complex with greenhouses and shade houses filled with plants, an educational garden, the Habitarium where volunteers meet, and a lab for more detailed study. Visitors to the park can stop by to volunteer on certain days or to explore. For those just passing through, there are educational signs as well as staff and interns on site. The BEETS got to do some propagation and planting in the nursery and learned about the care that is taken in gathering and storing the seeds. 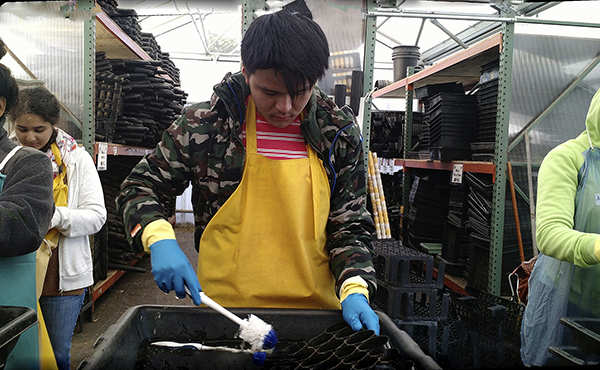 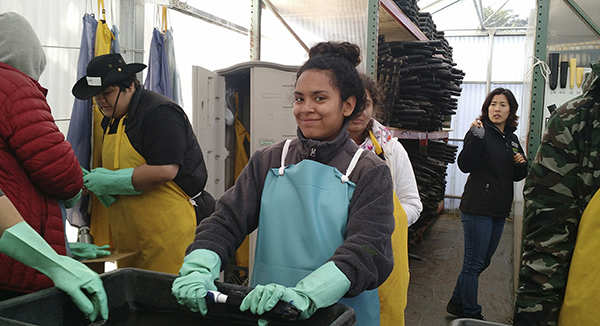 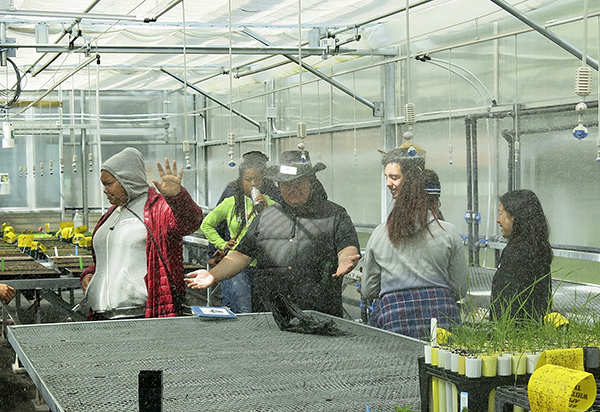 They also explored the redwood groves and learned that Sequoias and giant redwoods are often referred to interchangeably, though they are two very different, though equally remarkable, species of tree. Both naturally occurring only in California, these two species share a distinctive cinnamon-colored bark and the proclivity for growing to overwhelming heights. Both also require very specific, though very distinct, climates to survive. 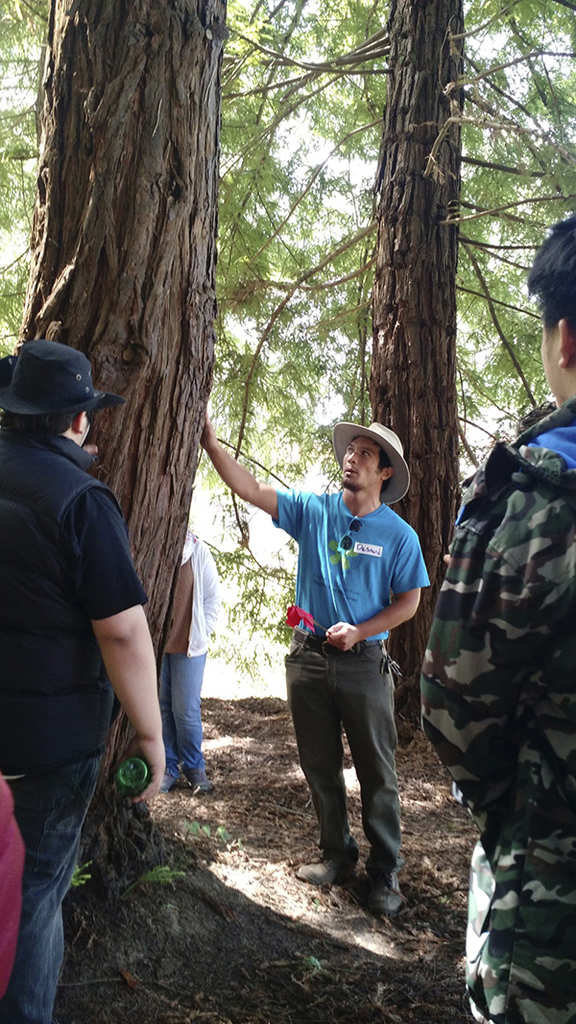 Returning to the campsite they had a BBQ and night visit to the cemetery overlooking the Golden Gate Bridge. A great adventure to start the summer session with these great teens. Thank you Adrian Almquist and Melissa Tang for leading this event. To see more photos, check out our Flickr Photostream here. 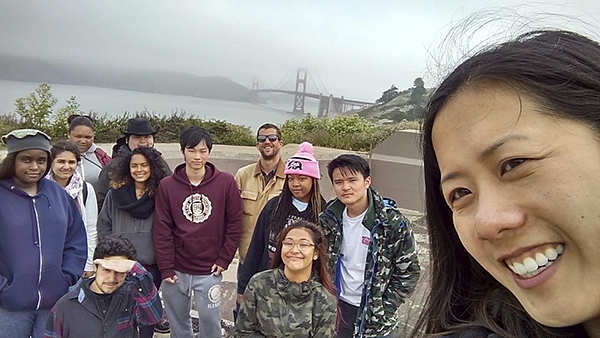