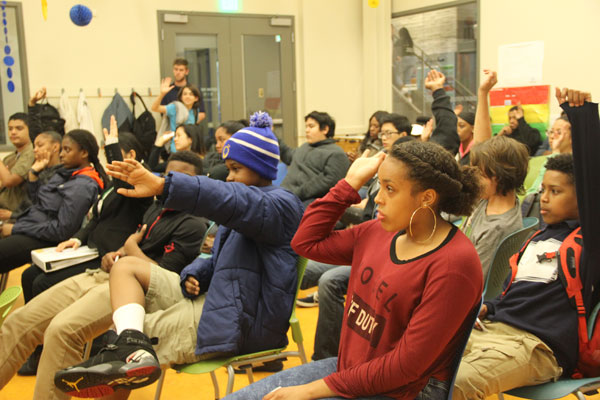 On Thursday, March 24, 2016 the BEETS (Band of Environmentally Educated and Employable Teens) met up with youth from the Don Fisher Clubhouse for the Bigger Picture Presentation. The Bigger Picture is a collaboration between Youth Speaks, and the University of California, San Francisco Center for Vulnerable Populations designed to combat the rising epidemic of Type 2 diabetes by empowering youth to change the conversation about the disease, and work to change the social and environmental factors that have led to its spread. Youth Speaks exists to shift the perceptions of youth by combating illiteracy, isolation, alienation, and silence, creating a global movement of brave new voices bringing the noise from the margins to the core. 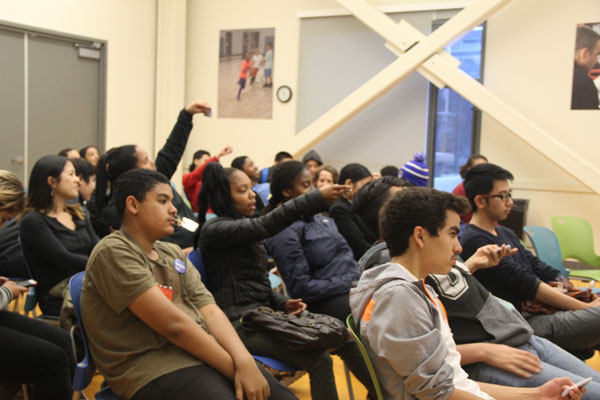 Tassiana Willis was on hand to talk about YouthSpeaks and recite her poems. She is one of the inaugural Emerging Arts Fellows at Youth Speaks, Inc. She is an accomplished writer, actress, and singer and has been a leader in YS programs such as SPOKES Youth Advisory Board, Brave New Voices Team Bay Area, and Future Corp; the engine that runs Brave New Voices International Youth Poetry Festival in a rotating US city each year. 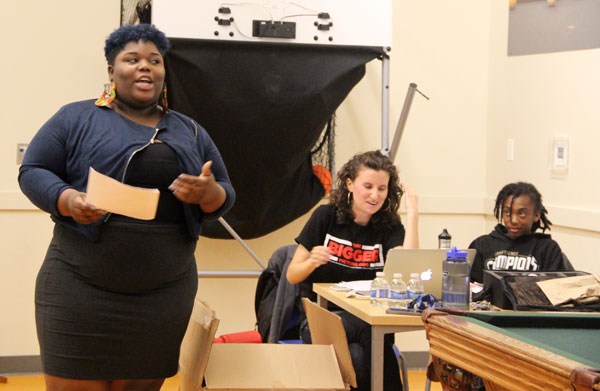 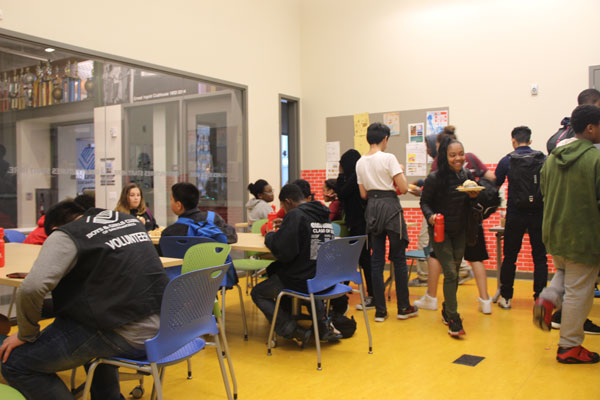