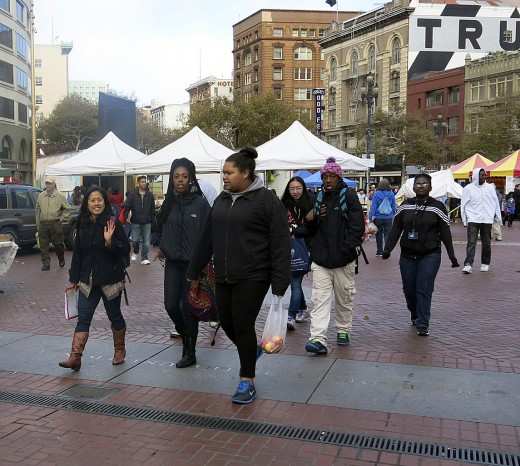 On a cold Wednesday afternoon, October 23, 2013 ten of the Fall BEETS (Band of Environmentally Educated and Employable Teens) met up with Melissa Tang to explore the Civic Center Farmers Market in San Francisco. Although it was late in the day, the market was still bustling with shoppers checking out the produce from farmers’ stalls. 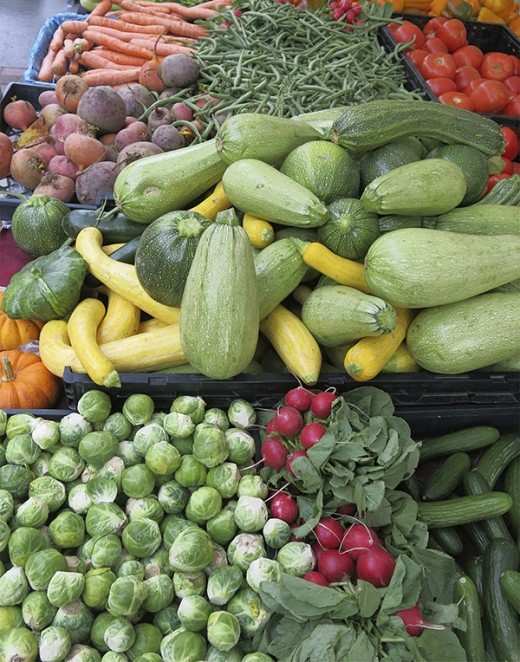 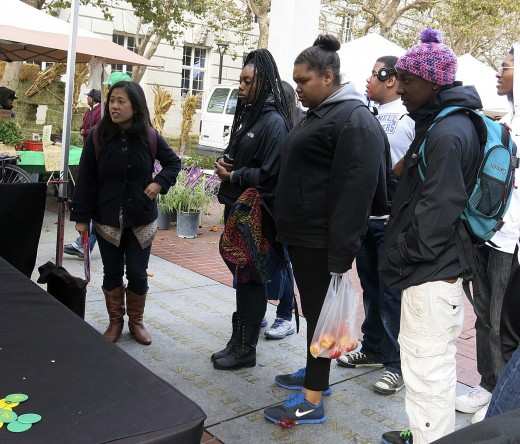 The BEETS were fortunate to have a welcome from Kate Creps, the Executive Director of this Heart of the City Farmers’ Market. This market is an independent, farmer-operated non-profit that was started in 1981 to provide a much needed source of fresh produce to a “food desert” that lacked a grocery store. The market supports and sustains small-scale growers and helps prices stay affordable for the low-income community of Civic Center and the Tenderloin. (More than 80% of food stamps (Cal Fresh EBT) benefits used at SF Farmers Markets are used at this market). 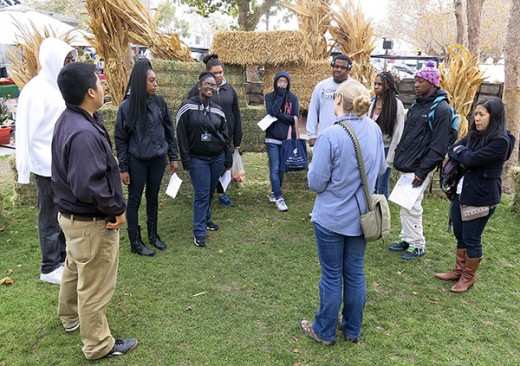 After talking with the BEETS, Kate introduced Tony Mellow, one of the farmers who has had a stall at the market since the beginning! Tony Mellow’s family has been farming in the Silicon Valley for four generations, since the 1800s. His grandparents started the first of the family farms, growing apricots, prunes, and pears for the local canneries. His father continued the tradition, adding farms spread across the San Francisco Bay area to grow walnuts and fruit for local canneries and prune dehydrators. Tony always knew he wanted to be a farmer and has been farming since he was 12. In 1966, he started growing pumpkins and miscellaneous vegetables and by 1977 he owned his own ranch in Morgan Hill. 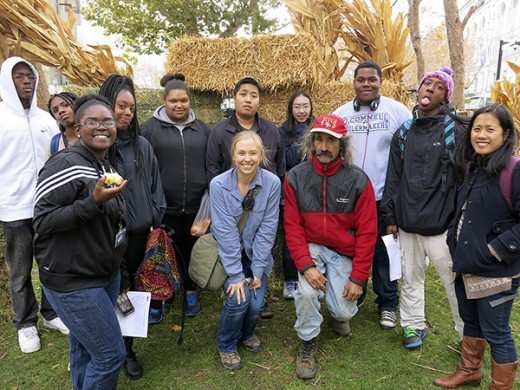 The BEETS went on a scavenger hunt after that to talk with farmers about their produce, farms and growing practices. Then they regrouped and shared information and produce they purchased. 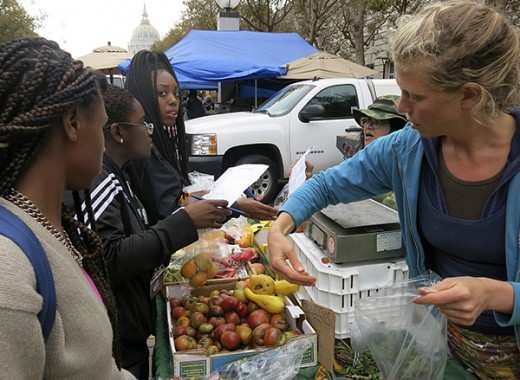 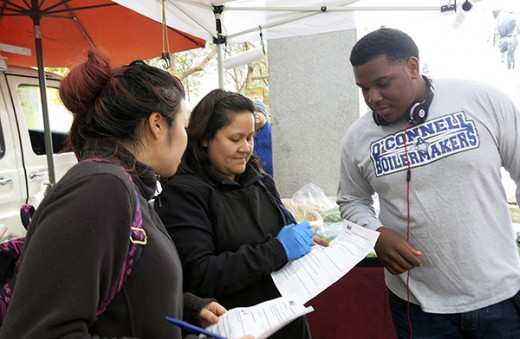 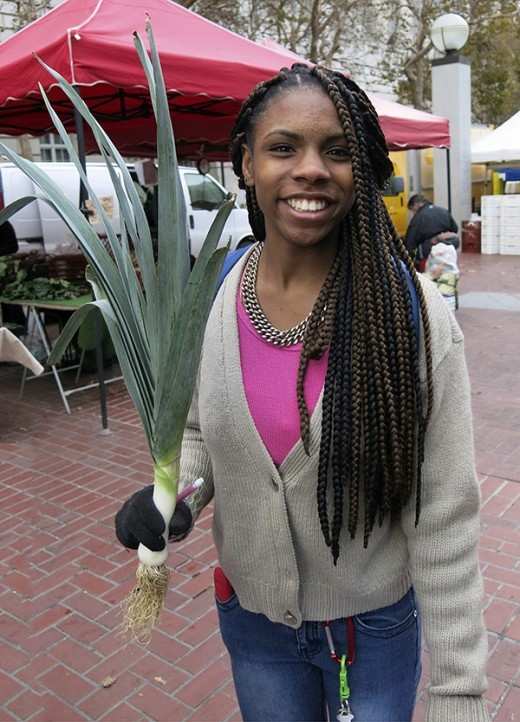