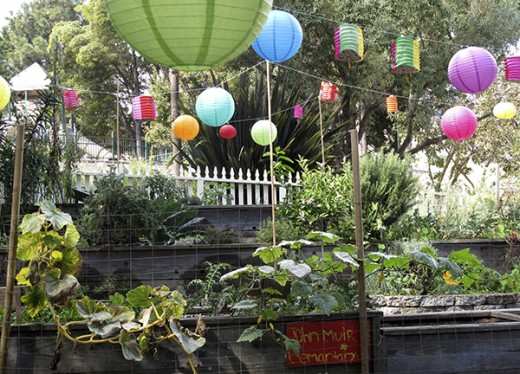 On Saturday, October 15th we had a great Garden Party in Koshland Garden to raise money for our BEETS Program (Band of Environmentally Educated and Employable Teens).
Gabe Dominguez band (Shake Your Peace!) performed as well as Diana Gameros, a favorite San Francisco singer/songwriter. Diana mostly performs traditional Latin music but in her own modern, soulful, and passionate style. Diana’s original music is enchanting indie pop infused with her strong Latin heritage. Her band included Caroline Chung and Patrick Wolff.

During the presentations, Oscar Wolters-Duran, past CommunityGrows board chair and Jason Boarde, advisory board member, BEETS volunteer and SFSU Environmental Studies student, introduced the BEETS and did a live auction. People held up bid card and donated to support the BEETS Program. All of the BEETS got to talk about how the program has affected them and what they have learned. It was a very inspiring presentation.