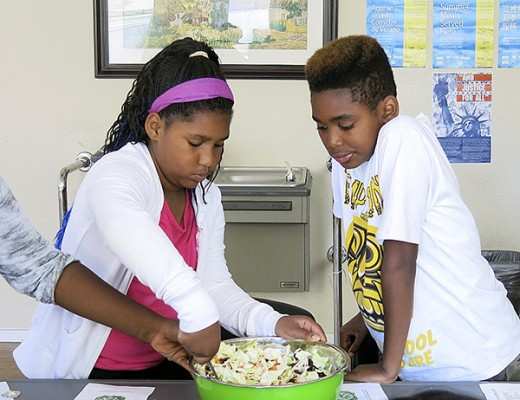 Cooking Classes began at Hayes Valley Apartments on Tuesday, June 17, 2014. Under the expert instruction of Adrian Gaino and Ezekiel McCarter, both CommunityGrows staff, the afternoon class put together a delicious coleslaw. 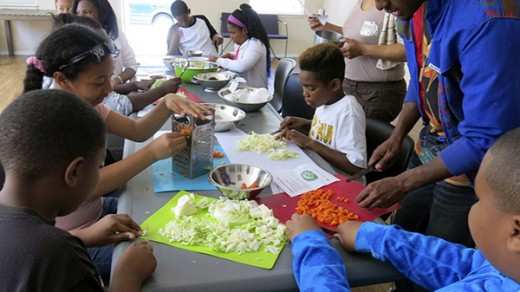 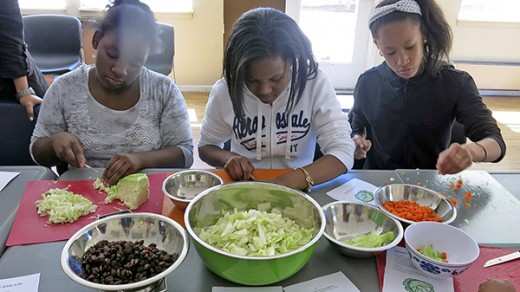 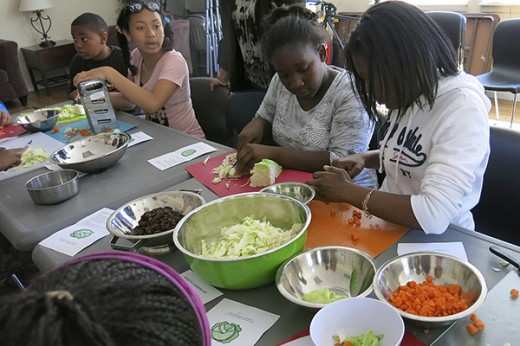 Tracye Taylor, staff of the African American Arts and Culture Center brought her summer youth group for the afternoon lesson. An engaged and thoughtful group, they chopped and mixed cabbage, carrots and raisins together. Then they added vinegar, honey, and mayonnaise and salt and peppered taste. 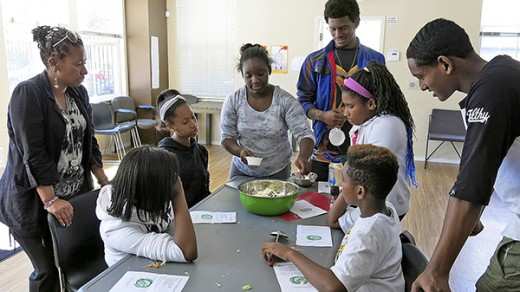 Coleslaw, as it is most commonly prepared, is only about 250 years old. This is because Mayonnaise was a mid-18th-century invention.
The term “coleslaw” arose in the 18th century as an anglicisation of the Dutch term “koolsla” (“kool” in Dutch rhymes with “cole”) or “koolsalade” which means “cabbage salad”. The term “cold slaw” was used until 1860. Vegan coleslaw is rich in fiber. 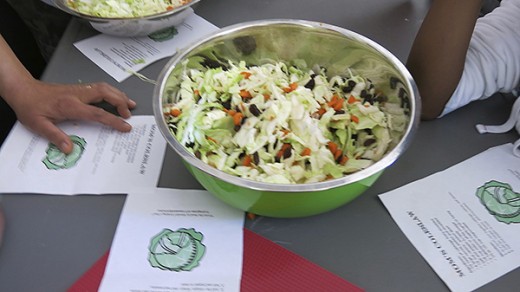 There are many other variations of the recipe which include the addition of other ingredients, such as red cabbage, pepper, shredded carrots, onion, grated cheese, pineapple, or apple, mixed with a salad dressing such as mayonnaise or cream. A variety of seasonings, such as celery seed, may be added. The cabbage may come in finely minced pieces, shredded strips, or small squares. Other slaw variants include broccoli slaw, which uses shredded raw broccoli in place of the cabbage. Cream, sour cream, or buttermilk are also popular additions.
Everyone enjoyed this healthy, easy dish and added it to their list of accomplished recipes!