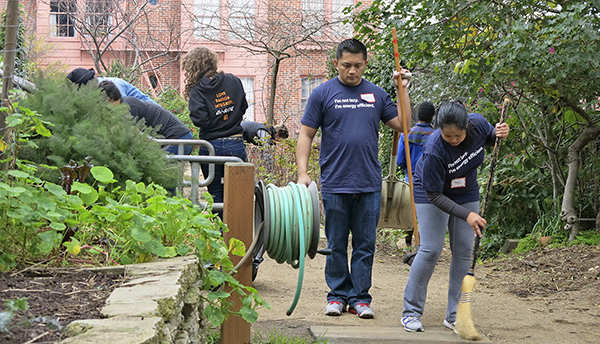 On Monday, January 19, 2015 many groups and organizations came out to support Martin Luther King Jr. Day of Service. CommunityGrows had two sites where many volunteers participated, the Daniel E. Koshland Community Learning Garden, and the African American Arts and Culture Complex. Thank you Judith Keenan for taking some amazing photographs! 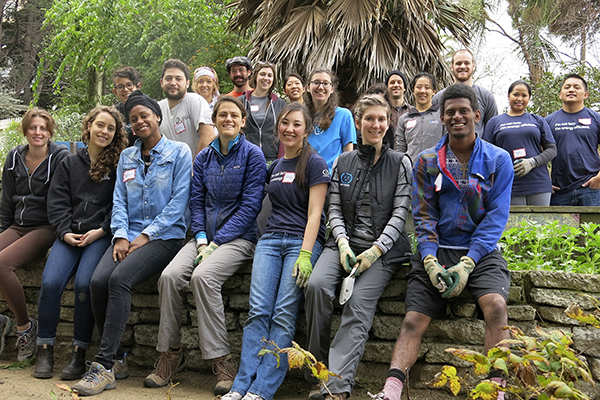 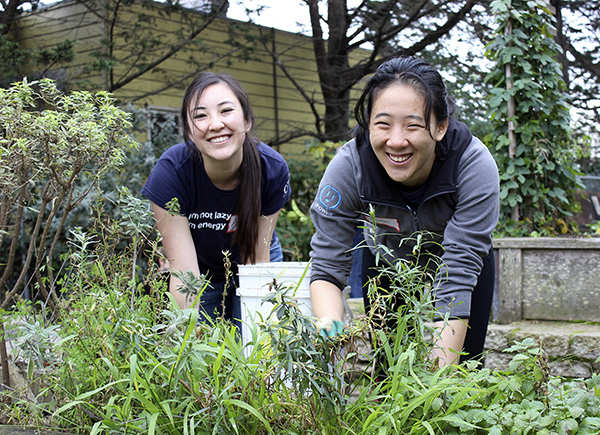 At Koshland Park, volunteers from OPower, a tech company that works with energy companies to reduce the waste of energy, joined us, along with a strong contingent of employees from Bi-Rite Market, lead by Bi-Rite Community Outreach Manager, and CommunityGrows Advisory Board Chair, Shakirah Simley. 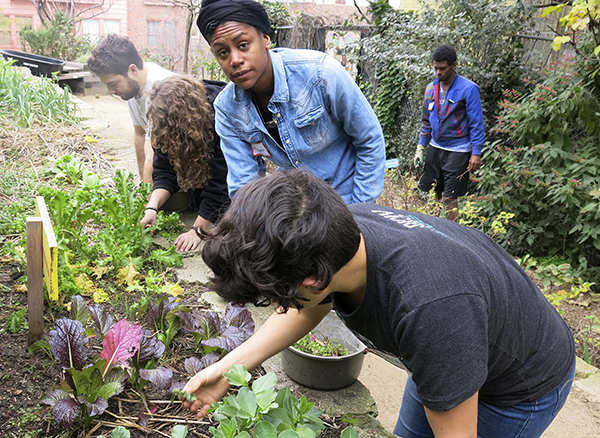 Some of the work that got done in the Koshland garden was sweeping the stage and stairs, weeding, picking up trash, pruning raspberries, flipping the compost, arranging tree stumps in a circle, weeding the pathways inside and outside the garden and weeding the herb beds. There was a lot of work for everyone and it was fun getting to know each other and spend time outside. The garden looked beautiful when we were all finished. 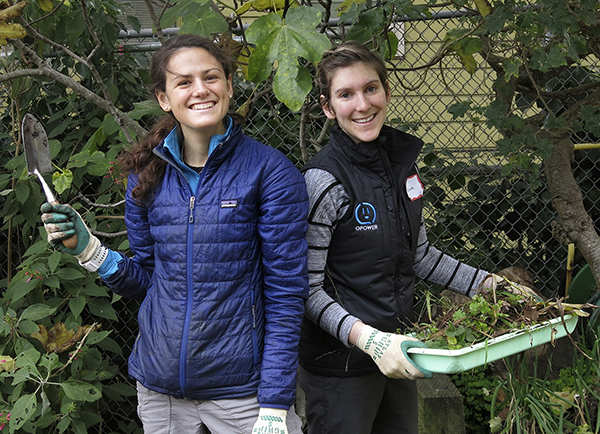 At the African American Arts and Culture Complex, CommunityGrows joined three groups to care for the parking lot garden started by the BEETS (Band of Environmentally Educated and Employable Teens) in 2010. 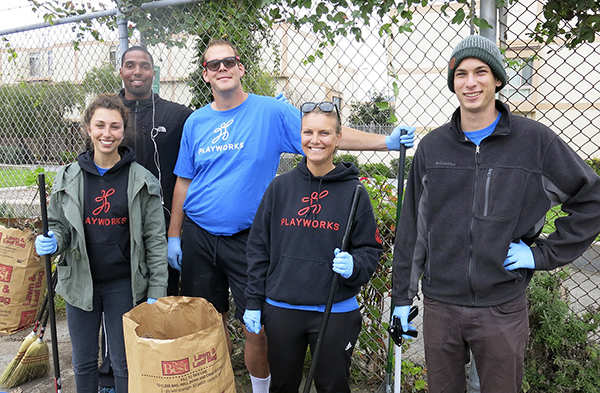 A group from Playworks enjoyed their time weeding and picking up trash, as did two great groups of students from Lick-Willmerding and University High Schools.  Jason Ross Brown, the new Director of Programs at the African American Arts and Culture Complex was impressed with all the work that got done. 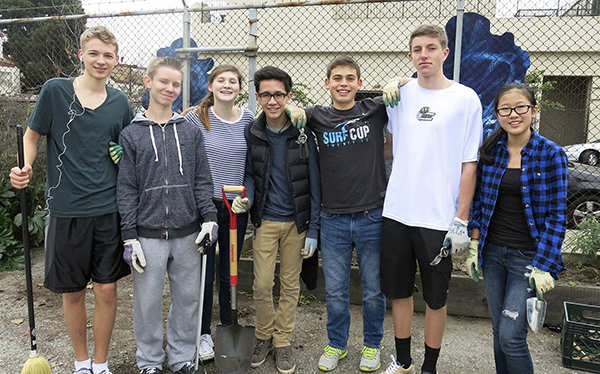 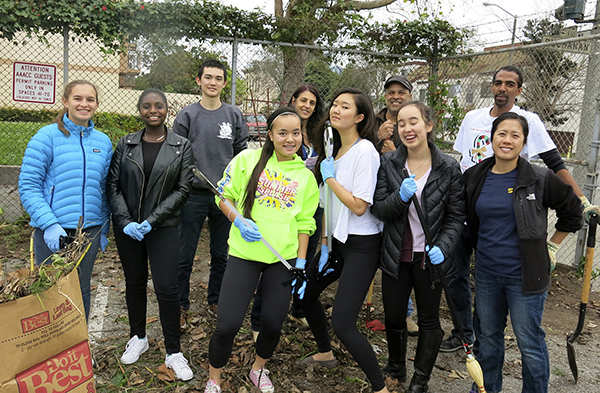 Congratulations everyone for coming out and pitching it. It was a wonderful day of service honoring Martin Luther King Jr. For more photos from the day, visit our CommunityGrows Flickr Photostream here.
Judith Keenan, our photographer noted that Koshland Garden is surrounded by the Western Addition Peace Wall which was a seven-year project completed in 2007 with over 2000 tiles done by community youth and families, depicting what peace means to them. The Western Addition Peace Wall surrounding Koshland Park is half a block from the corner of Page and Laguna Streets, where the tragic quadruple homicides happened on Friday, January 9, 2014, ten days previous. The Peace Wall was dedicated to the families who lost love ones to gang violence in the neighborhood. Here are some photos from the wall and one photo from the Oscar Grant mural at the African American Arts and Culture Complex. 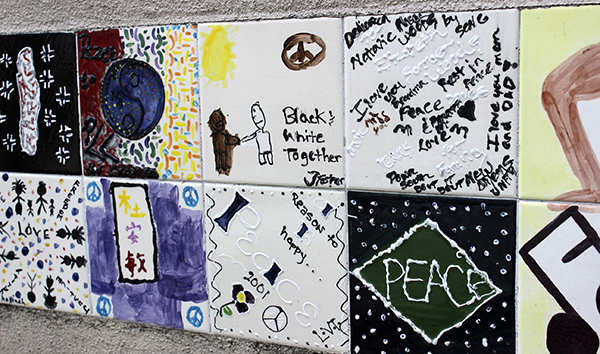 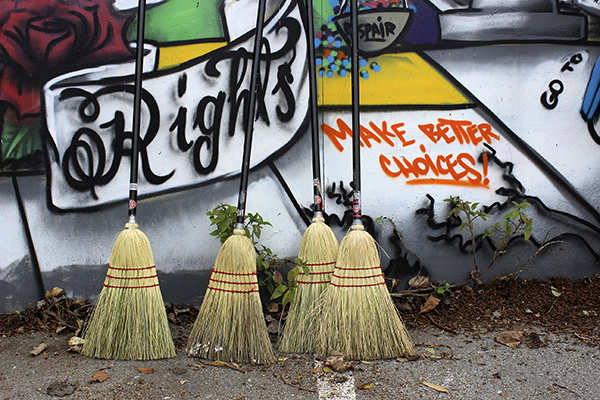