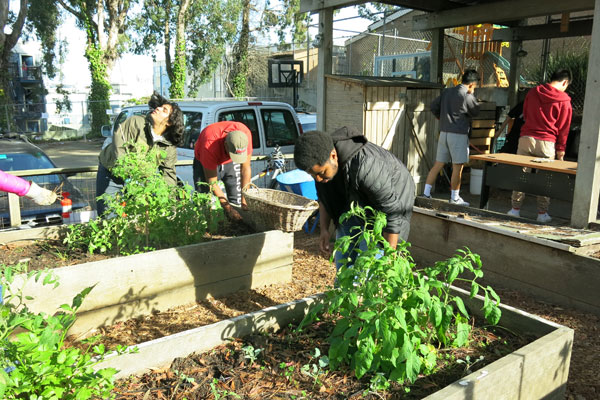 On Thursday, October 8th the BEETS (Band of Environmentally Educated and Employable Teens) made a visit to New Liberation Garden to learn about medicinal plants. They were joined by USF volunteer Isabella Neterval and community leader Majeid Crawford who offered a discussion on the history of the neighborhood, how the Fillmore became known as Harlem of the West, redevelopment and eminent domain in urban renewal. 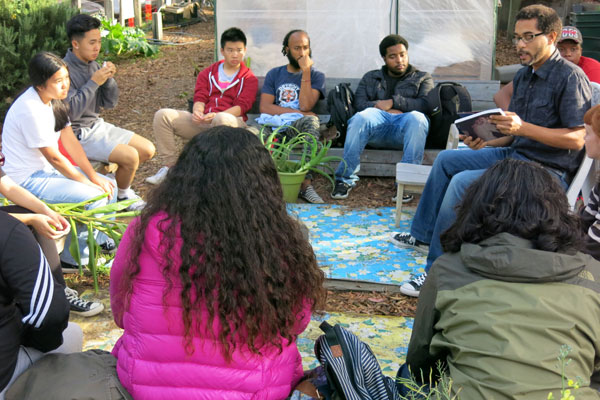 The youth harvested some Aloe vera, which is a succulent plant species. 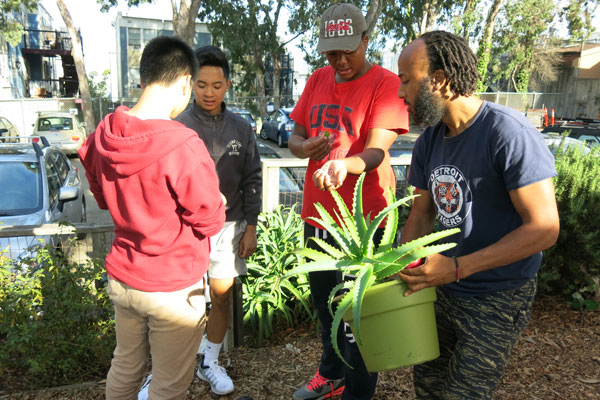 The species is frequently cited as being used in herbal medicine since the beginning of the first century AD. The plant has been shown in studies to help heal minor wounds eight days faster than standard dressing, not to mention it’s an antibacterial and contains vitamins and minerals that can ease eczema and psoriasis flare-ups. The guys in the group had mixed reactions when rubbing the juice into their skin. 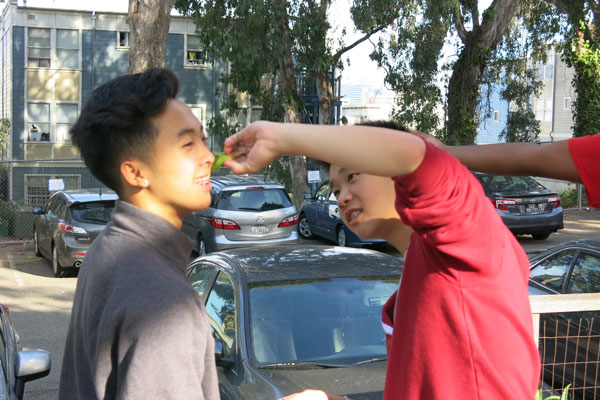 Jay Jordan, Garden Educator, brought along some ginger-stalks and roots harvested at Rosa Parks Elementary School. There are many health benefits of ginger, which protects against Alzheimer’s disease, relieves tired muscles, improves circulation and much more. 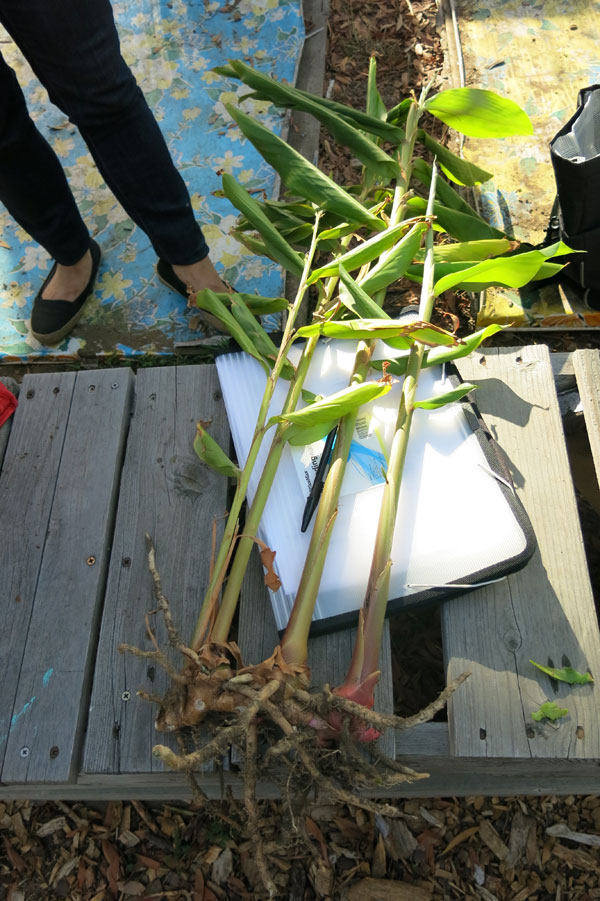 There was also peppermint to share. Peppermint tea is considered a carminative, meaning that it helps to move gas through the body as it accumulates, rather than causing bloating, cramping, and stomach discomfort. The tea also stimulates bile flow to increase the rate and efficiency of digestion and promote healthy bowel movements. It is a stress and sinus reliever and helps with weight loss and skin-clearing.
It was very soothing to have tea in the cool afternoon at the end of class. 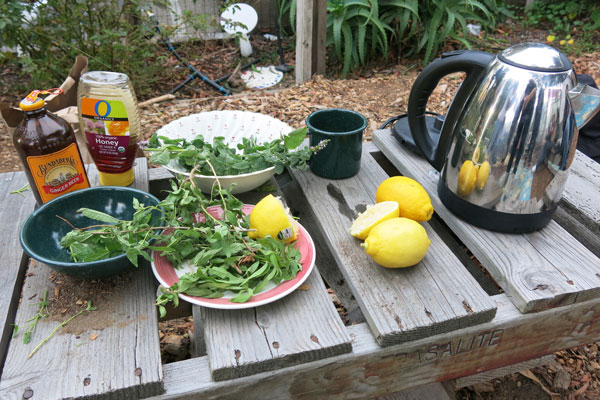 For more photos from the afternoon, check out our CommunityGrows Flickr Photostream here.