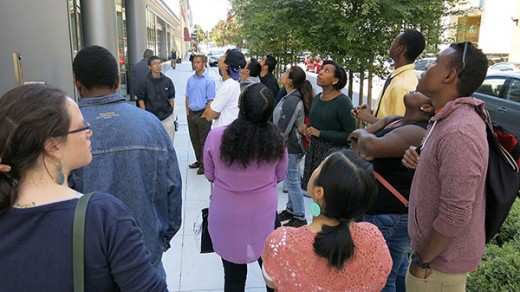 On July 9, 2014 the BEETS (Band of Environmentally Educated and Employable Teens), a green-jobs training program of CommunityGrows, began their summer cohort with a tour of the Public Utilities Commission building on 525 Golden Gate Avenue in San Francisco. Thanks to a grant from the San Francisco PUC for summer learning opportunities, these teens are able, through hands-on community gardening, learning workshops and field trips, career exploration activities and public education and outreach work, to focus on the learning area of Hetch Hetchy Water System and Water Conservation. The trip to the PUC building gave the BEETS a chance to see green building design in action. 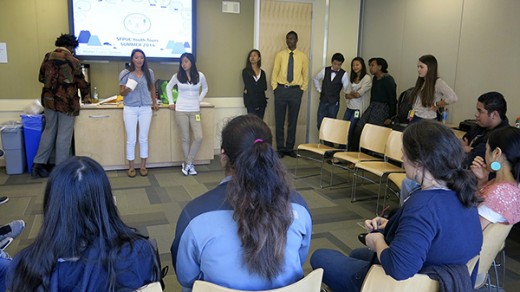 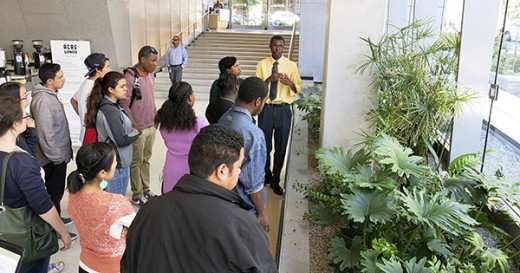 They were joined by a group of PUC teen interns who shared information about the building and took them on tours of the facility. The BEETS learned that the PUC building is one of the greenest, safest building in San Francisco. In a SF Chronicle article by John King, published when the building opened in June of 2012, as a “building of the future.” From the outside, some sustainable design features include the horizontal blades of opaque glass and “four egg-beater-like wind turbines on view behind a 200-foot-high, 22-foot-wide curtain of polycarbonate squares that ripple in the wind and, when the sun goes down, form a grid of flickering lights.” 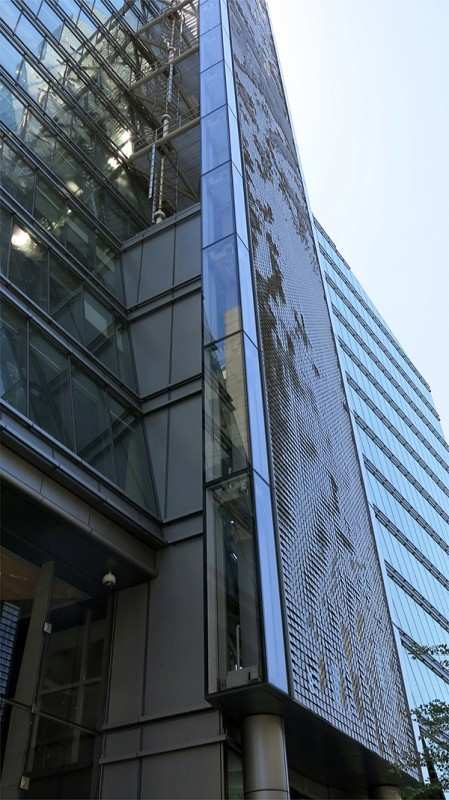 The environmental sculpture by Ned Kahn, entitled “Firefly” adorns one surface of the S.F. Public Utilities Commission tower at Polk Street and Golden Gate Avenue. The 200-foot high sheet of 5-inch-polycarbonate tiles rustles like a waterfall — and it’s not programmed by computer, a la “Bay Lights,” but by the near-constant wind.
The building is also uses 60 percent less water than office building of similar size. It has an onsite treatment site for gray and black water and a “living Machine” which reclaims and treats all of the building’s wastewater to satisfy 100% of the water demand for the building’s low-flow toilets and urinals.
Another neat fact is that the building’s core contains innovative post tension systems that allow the entire structure to move and absorb energy during a seismic event, much like a suspension bridge.
The BEETS also learned about job opportunities at the PUC, including student engineers, public service aides, pre-apprenticeships, and City Hall Fellows. It was also interesting to note that 40% of project construction on the building was performed by San Francisco residents. 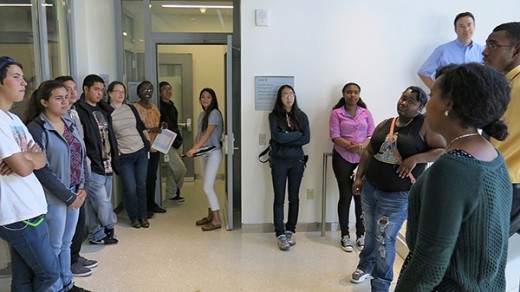 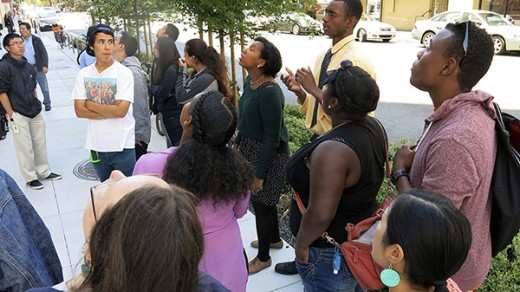