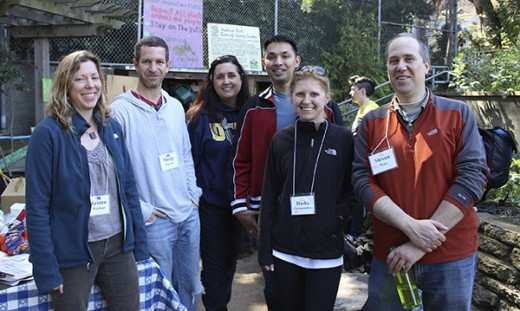 On Saturday, March 16th, we had a great workday in Koshland Garden. CommunityGrows staff Adrian Almquist, Nora Brereton, Ezekiel McCarter and Barbara Wenger were joined by our fantastic Starbucks partners who came out in force and brought refreshments as well. 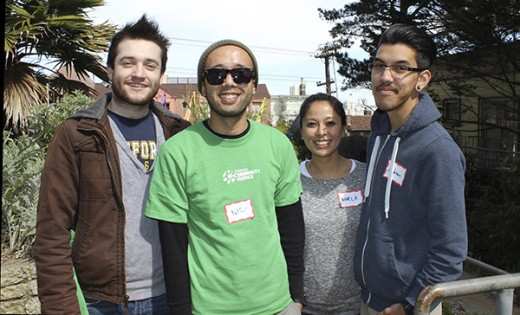 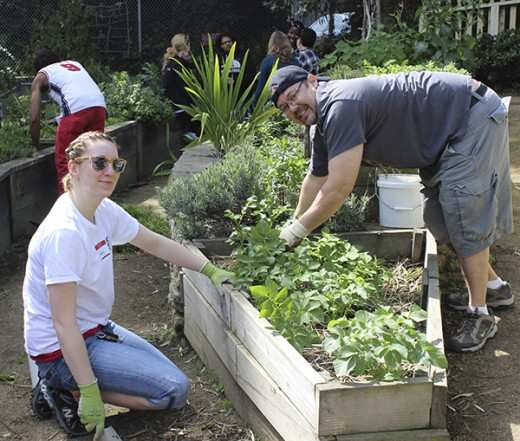 Julien Lundh, one of our BEETS (Band of Environmentally Educated and Employable Teens) pitched in, as did many potential Advisory Board candidates and other neighbors. It was a beautiful day to get a lot done—planting fruit trees, weeding, composting and removing trash. People hung out afterwards in the herb garden and learned more about CommunityGrows from current advisory board members Mordy Karsch, Barb Fujimoto, and Kristen Wolslegel. 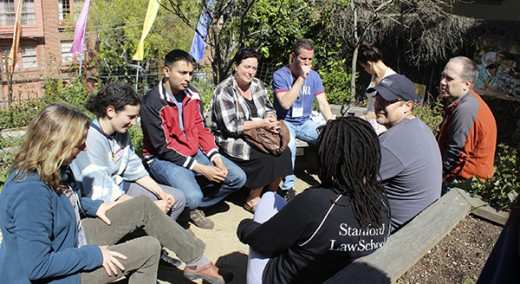 At the end of the day, Master Gardener Wendy Johnson joined us with many perennials, as well as tree starts. 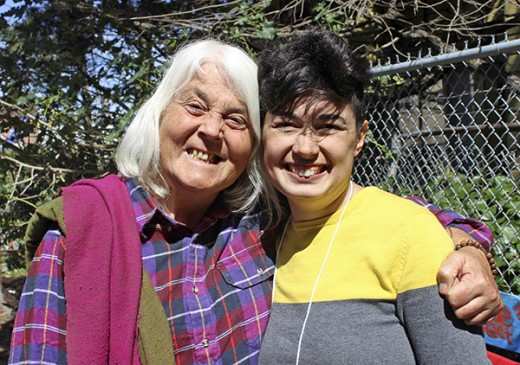 Wendy, here with CommunityGrows Director of Programs, Nora Brereton, is a mentor and advisor to the Edible Schoolyard program of the Chez Panisse Foundation, a project that she has been involved in since in its inception in 1995. She is also currently working at the College of Marin’s Indian Valley Organic Farm and Garden.